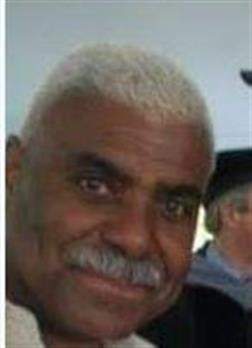 -Brian Konieczny
April 2, 2020
My deepest condolences on the loss of Fred. Back in the day, Fred and I used to chat about life and family during my patrol of the neighborhood. He was one of the nicest people I have ever met and he so loved his family. May you all be comforted by the wonderful memories of him. RIP, Fred.
Scott Savino
April 2, 2020
Freddy would love that this is my third try to post a message and I can't seem to pull it off! We met in little league and were lifelong friends. Most recently spoke with him in 2018 about our 50th reunion. A great athlete, teammate, friend and human being!
Artie Seaver
April 2, 2020
Dear Judy, Nicole & Eric -
Our hearts are broken at Fred's passing, and we are thinking of you and sending hugs and support your way.
Jen Donais
April 2, 2020
Gone too soon! We always looked forward to mail time in Holdsworth at Umass, because we new Freddy would breeze in with his infectious smile and smart remarks to make us laugh. I'm sure Freddy is continuing to spread happiness in the afterlife. Deepest and heartfelt sympathy to the Harris family.
Carolyn Safarik
April 2, 2020
To a fellow classmate at ARHS and a friend too. I will miss your coming to my home on Lincoln Ave to play with me. I will miss your smile, and friendship.You were quite the athlete too, showing your ability to play well.You'll be deeply missed by your family,me and so many other people.RIP Fred
Susan O'Hara
April 2, 2020
Fred,I remember seeing you in the hatch, coffeeshop, and walking in the halls of Campus Center and Student Union.I will miss your smile and friendly attitude.RIP Fred
Tim O'Hara
April 2, 2020
It's been over 50 years now. But I remember Fred vividly as a wonderful baseball player (whom I loved watching, but dreaded pitching to the few times I played against him in pick-up games) and even more so as a warm, fun, and thoughtful human being -- qualities not always readily expressed and apparent in teen-agers. My heart goes out to Fred and his family and friends.
Andrew Marx
April 2, 2020
I just learned of Fred's passing this morning and just finished reading all of the tributes to this wonderful man. my deep condolences to his family. I was honored to know him and UMass was a better place because of him. Bob Goodhue
Robert Goodhue
April 2, 2020
Fred will be sorely missed here on the farm. He visited almost daily to purchase cucumbers, hot peppers, tomatoes or just to share his smile and sense of humor. Fred was a welcome break during a busy season and it just won't be the same here without him. We will put some cukes on side for you, Fred.
Sandra Pipczynski,
Friend
April 2, 2020
His contagious smile and happiness touched everyone that crossed his path. such a wonderful man, my heart breaks for his family.
Kathy Griffin
April 1, 2020
Fred was someone who always lifted the spirits of those around him. We all considered him our friend and colleague at UMASS for many years. Our thoughts and prayers are with his family.
John Stacey
April 1, 2020
When I was a young faculty member, I had an office near the front door of Paige Lab and Fred would stop by and talk to me several times a week. When we moved to ISB, I missed seeing Fred and was shocked this AM to hear of his death. Fred was one of the most friendly and effective UMass employees and a genuinely nice man to boot. RIP Fred. You touched many lives and made many lives brighter and I hope your family takes solace in the love that your community had for you.
Barbara Osborne
April 1, 2020
Fred was a wonderful co-worker and Friend. So very sorry for your loss. I will miss his wonderful smile.
Stephen Pielock
April 1, 2020
This is really sad news. I'm so sorry for your loss Judy, Eric and Nicole. Fred and I worked together on the Orchard Hill Grounds Crew from 1972 til the end of that decade. We had a lot of fun working together with many great memories. In the 1980s and 1990s we worked together for Mail Services. It was always a pleasure to see how much the campus community loved Freddy. The numerous entries in this Guest Book are a wonderful testament to the special man that he was.

Richard Clarity, Buckland, Massachusetts
April 1, 2020
Freddie was a wonderful person and a special friend and teammate. No smile ever reached you more warmly and completely than Fred's, and you left each visit with him enriched from his kindness and humor. Our warmest thoughts to Judy, Nicole and Eric and all the other members of your family. A bright light has been extinguished for all of us, but we all have are own special memories to keep close.
Les and Gail Kopinto
Gail Kopinto
April 1, 2020
I know him when I worked at Physical Plant from 1980 to 1986 in UMass Amherst. He is nice guy and he always smiling. My condolences to his wife and his sons.
Barbara Estes
April 1, 2020
RIP Freddy
April 1, 2020
Friend, baseball and softball teammate. A personality larger than life. Shocked and saddened by the news. My condolences to Judy, Eric and Nicole.
Bryan Campbell
April 1, 2020
I'm so saddened to hear of the passing of Freddy. I went through the Amherst schools with him. Will never forget the talks in homeroom and drivers Ed. Freddy you will be so greatly missed.
JoAnn Hall,Boadway
April 1, 2020
To the Harris family, I so sad to hear of Fred's passing. You could say I grew knowing Fred. From the Amherst VFW, Softball and working at Umass it was always a pleasure to run into Fred. Always a smile and a hug. My dad Brad and him has such a unique friendship, teasing and bantering with each other but would end it with a hand shake or a hug. When my dad passed Fred came to my office to offer his condolences and I will always remember his kind words about my dad. I will miss you Fred and I can still you your wonderful laugh. RIP
Betsy Thornton
April 1, 2020
To the Harris Family, we are so sorry for your loss! I worked at UMass 1980-1997 and Fred was a fixture. Pure kindness and grace. He was around little league when my kids played and was so positive and happy around the kids. You are all in our thoughts and prayers. Larry snd Deb Adams
Deb Adams
April 1, 2020
I will always miss that smile I have always and will love the Harris family Rolling Green wouldnt have been the same. Mercy. APTTMH
Nava
Friend
April 1, 2020
I haven't seen Freddie since I left Amherst 35 years ago, but have never forgotten his smiling face and heartfelt laugh. Simply one of the nicest people you will ever meet. My sympathies are with his family. Rest in peace, Freddie.
Lisa Ann Maynard
April 1, 2020
I knew "Freddie" only at a distance. I was 2 years his junior in high school, but I will always remember him soaring thru the air and dunking the basketball with the ease of a bird in flight! He was amazing. My mother and I lived at Rolling Green Apts for a time and had the apartment above his parents. I must say I was very jealous of the fun and laughter the Harris family had every Sunday when the Patriots played!!!! Just honest and wholesome fun, many times I had thought of knocking on their door with some food and say, "Got another chair?" But of course, I was not so bold to intrude. I have sincerely wished I had, they had such a damn good time... My thoughts are with you, take care, Joanne Bunn
April 1, 2020
So taken aback hearing of Fred's passing. What a jovial soul Fred had. Condolences to all Fred's friends and family. Peace be with you always Fred you'll never be forgotten.
Michael Ross
April 1, 2020
Judy, So sorry to see that Freddie has past away. So many years ago playing ball with him on the VFW team when I was so young. May he rest in peace.
Mike paniczko
April 1, 2020
Fred and I became teammates in the Amherst Little League and remained teammates through high school. He was a great competitor and team leader, and a good friend. We're going to miss you, Fred.
Bill and Mary Clark
April 1, 2020
Judy, Eric and Nicole,

Lee Forester
Westfield MA
Bennie Forester
March 31, 2020
So very sorry to hear this news. Freddy was always smiling, he will be missed by many. Rest In Peace
Beth and
Friend
March 31, 2020
Fred was a wonderful man! I'm heartbroken at his loss. May you find peace in the memories you shared.
Paula McCullough
March 31, 2020
I am truly saddened to hear of this, I worked with Fred for many years. What an amazing, fun and kind hearted man! My deepest condolences to all of his family and close friends, I am hurt by his passing, I can't imagine how you all must feel. Peace be with you all - for surely your lives were richer for knowing him. You were "the bomb" Freddy.
Mike Townsend
March 31, 2020
Showing 1 - 81 of 81 results