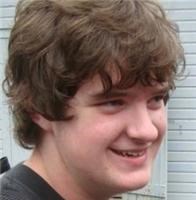 Harry graduated when he was 17 years old with an Associate's Degree in Computer Science from Greenfield Community College. His education was highly untraditional, so what this really means is that Harry spent his high school years taking all the college science and math classes that struck his fancy, while he spent most of his time building computers, bicycles, and mechanical contraptions for every possible use. Harry's lifelong passion has been taking things apart to see how they work, and putting them back together to make them work better.

When he wasn't engrossed in his latest, coolest project, Harry would brighten the world around him with his impishly sparkling grin, and make everyone laugh at a well-placed joke or pun. People who met Harry didn't just like him, they adored him. He was the rare person who is truly able to get along in every situation and form a friendship with anyone. He not only participated actively in various communities, he took on leadership roles, whether it was in Boy Scout Troop 504, or the Hulbert Outdoor Center Homeschool program, or the /r/bicycling community on Reddit, where he was a moderator.

Harry's job was Google Apps Support Engineer at Smith College, and he also worked at Laughing Dog Bicycles. He had been accepted to the University of Massachusetts at Amherst for a Bachelor's Degree in Computer Science, to start in the fall.

Harry had one of those uniquely creative minds that are an inspiration to all they touch.

Besides his parents, John and Susan Delmolino of Hadley, Harry leaves his sister Grace, as well as several aunts, uncles, and cousins.

Funeral services will be held on Tuesday, May 29 at 11 a.m. at the Kostanski Funeral Home, 1 Kostanski Square, Turners Falls. Burial will follow in Riverside Cemetery in Gill. Calling hours will be held on the evening of Monday, May 28, from 4 to 7 p.m. at the funeral home. In lieu of flowers, memorial contributions may be made to the Boy Scout Troop 504 of North Amherst, c/o Greenfield Savings Bank, 400 Main Street, Greenfield, MA 01301. Sympathy message available at www.kostanskifuneralhome.com.
Published by Daily Hampshire Gazette on May 25, 2012.
To plant trees in memory, please visit the Sympathy Store.
MEMORIAL EVENTS
To offer your sympathy during this difficult time, you can now have memorial trees planted in a National Forest in memory of your loved one.
Funeral services provided by:
Kostanski Funeral Home
MAKE A DONATION
MEMORIES & CONDOLENCES
5 Entries
John,
I am so sorry to read of your son's death.
Joe Quinlan
Worcester, MA
May 31, 2012
I send my deepest condolances. I did'nt know him very well, but Id seen him on campus a few times and was really a sweet kid. Again, I hope the best for the family.
Christine
May 27, 2012
John and Susan, so sorry to hear about the death of your son. You are in my thoughts and prayers. God Bless. Tod Mason, Hudson, Florida
May 27, 2012
I can hardly believe that this kind-hearted, generous, and brilliant soul could have departed life so young. I am truly sorry to hear of his passing and send my deepest sympathies to his family.
Elyse Moore,
a fellow GCC computer science student
Elyse Moore
May 26, 2012
I was so shocked and saddened to read of Harry's death. My thoughts are with the family at this difficult time.
Tom Wartenberg
May 25, 2012
Showing 1 - 5 of 5 results