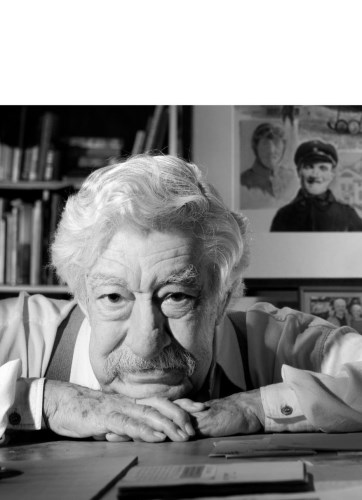 Born in 1925 in Salem, MA, he attended public schools in Melrose and Cambridge, receiving a regional award for his drawings. He was drafted into WWII immediately after high-school graduation and served in the Army at the Battle of the Bulge. He was honorably discharged with a Bronze Star and Purple Heart in August,1945.

In 1949 he graduated with a degree in Illustration from the Rhode Island School of Design and opened a studio in Boston. In 1951 he entered Hartford Theological Seminary, ordained as a Congregational Minister, M. Div., in 1953. His first marriage, 1952-1971, to Julia Lucille Chaffin of Springfield, MO and currently of Springfield, MA, produced two children, Christine Phillips Leamon of Whately, MA and Martin Harris Leamon of Davis, CA. His first parish was in Amherst, MA, and he subsequently served Congregational communities in Cincinnati, OH, Danielson, CT, and Williamstown, MA, all the while continuing to pursue his art work, as well as teaching, writing and lecturing nationally on art and religion.

In 1976 he returned to illustration full-time and re-established residence in the Pioneer Valley. He married Marianne Preger-Simon of Amherst, MA in 1979. He was a founding member of the Western Mass Illustrators' Guild and his work was included in many of their exhibits.

A self-published book, The Military Art of J. Thomas Leamon, authored by Tom's brother James S. Leamon of Casco, ME, appeared in 2016 (jamesleamon.com/tomsart). It encompasses Tom's war-time artwork for "Company A" of the 289th Infantry Regiment as well as his lifelong fascination with WWI airplanes and their pilots. One of those paintings, a portrait of the French flying ace, Charles Guynemer, is part of the permanent collection of the Smithsonian Air and Space Museum in Washington, D.C.

Tom is survived by many: his wife, his children, 4 grandchildren, 7 nieces and nephews, 9 grand-nieces and -nephews, 2 great-grand nieces, and a similarly-sizeable group from his second marriage. They are scattered throughout the United States and in Istanbul, Turkey. Tom kept tabs on all of us, and we send him off with our deepest love and admiration. His embrace of the fullness of life and his ebullient good humor will continue to inspire us. He is profoundly missed.

A memorial reception will be held on Saturday, July 13th, from 4-6 PM at the historic Whately Town Hall, 194 Chestnut Plain Road, Whately, MA. In lieu of flowers, donations to The Soldiers' Home, Inc., attn: Treasurer, PO Box 1338, Holyoke, MA, 01040, would be appreciated, as the staff there provided excellent and loving care to Tom during his last 3 years

Photo: Oliver Scott Snure, all rights reserved
Published by Daily Hampshire Gazette on Jun. 27, 2019.
To plant trees in memory, please visit the Sympathy Store.
MEMORIAL EVENTS
Jul
13
Memorial service
4:00p.m. - 6:00p.m.
Whately Town Hall
194 Chestnut Plain Road, Whately, MA
Funeral services provided by:
Williamsburg Funeral Home
MAKE A DONATION
MEMORIES & CONDOLENCES
2 Entries
Chris, I'm sorry to read of your Dad's passing. He was a fine minister and all of my family remembers him fondly. He will always be missed.
Bill Peck
June 28, 2019
My condolences to the family. It is never easy to lose a loved one in death, but know that God sees and feel your pain and he promises to comfort you. ( Isa 26:19
June 28, 2019
Showing 1 - 2 of 2 results