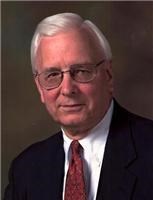 Richard was born in Northampton, and raised in nearby Hadley, where he graduated from Hopkins Academy in 1957. Richard began his life of academic endeavors and accomplishments at Amherst College and graduated with an A.B. in chemistry in 1961. Richard then attended medical school at Yale University in New Haven, Connecticut, where he graduated in 1965 with his M.D. Afterwards, he enlisted in the United States Navy and completed his residency in internal medicine and endocrinology at the University of Cincinnati Medical Center. Richard was later deployed and served during the Vietnam War as Lieutenant Commander with the 1st Marine Division of the U.S. Naval Medical Corps. Afterwards, Richard was chief of medical services at the Veterans Administration Hospital in Cincinnati, as well as serving as a professor of medicine at the University of Cincinnati Medical Center. In 1987, he moved to Pennsylvania to accept a position at Temple University as a professor of internal medicine and senior associate dean.

Over the course of his extensive career, Richard was dedicated to imparting his all-encompassing knowledge to Temple's School of Medicine and ensured that only the highest standards would be adhered to by future doctors. Richard's work ethic was exemplary and attention to detail unequaled. Known to be the go-to man on campus, he showed compassion and understanding for all through an unfailing open door policy where colleagues, students, and friends sought his advice for all things professional, medical and personal. These attributes were exemplified as he strode to the podium during White Coat and Graduation Ceremonies where every new medical student or doctor was assured that he knew their name.

Richard, who had three times served as the acting dean, was Temple School of Medicine's Executive Associate Dean at the time of his death. He was board certified in internal medicine, medical examination, and endocrinology. He was also a valued member of countless professional organizations including the American College of Physicians, American Diabetes Association, and the Pennsylvania Medical Society.

Richard was an avid golfer and skillful pianist. Though obviously extremely intelligent, he will always be remembered for his sharp wit and down to earth personality. He was always a calming presence among his family and friends.

Richard is survived by his three children, Leslie, Brian (Kristin), and Matthew (Amanda) and three granddaughters, Paige, Josephine and Avery. He was preceded in death by his wife,Virginia Utter Kozera.

In lieu of flowers, memorial contributions in Richard's honor can be made payable to Temple University School of Medicine, Office of Institutional Advancement, 3500 North Board St., 11th floor, Philadelphia, PA 19140. Please include "The Richard Kozera, MD, Memorial Fund" in the notes line.

To sign a Guest Book, express condolences, share memories and read other obituaries, go to www.gazettenet.com/obituaries.
Published by Daily Hampshire Gazette on Aug. 19, 2014.
To plant trees in memory, please visit the Sympathy Store.
MEMORIAL EVENTS
To offer your sympathy during this difficult time, you can now have memorial trees planted in a National Forest in memory of your loved one.
Funeral services provided by:
Boyd-Horrox-Givnish Funeral Home
MAKE A DONATION
MEMORIES & CONDOLENCES
8 Entries
Chatting with Dr. Kozera was always a delight, he would call me with his computer questions - always inquisitive and always with finding the humor in the situation - he'd announce himself - Administrator Ford - Dr. Kozera..... We will all miss his presence on the planet and will always remember him.
Jen Ford
September 17, 2014
I'm saddened at learning of Dick's death. Whenever I think of him I see him sitting at the piano in the lounge of the Harkness Medical Dorm at Yale Med School. If I recall correctly he was the pianist for the musical numbers during our senior medical school show. Although our paths have rarely passed since graduation, I shall always have fond memories of him and wish to express my condolences to his family. His was a life well lived.
Robert (Bob) Finkel
September 13, 2014
Dr Kozera was one of my first mentors as a resident at the University of Cincinnati.His teaching rounds were both stimulating and a little bit scary as he was a master at using gentle sarcasm to let you know when you were not meeting expectations and needed to push yourself a bit harder.I was so enamored of his character,integrity and his desire for those in his charge to do well that 25 years later I entrusted the medical education of my daughter to him at Temple University.What a great loss to all of us
Ralph Huller MD
August 24, 2014
I remember Dr Kozera well. As a pharmacy resident at the Cincinnati VA in 1972-1974, he taught me a valuable lesson about medication safety. He lectured me about my role in patient safety in a medication error he was firm but supportive to me.. I have remembered this incident to this day and often repeat this story as memorable in my role as safety officer. Thank you Dr Kozera for a lifelong lesson. Thomas Imhoff PharmD
Thomas Imhoff
August 23, 2014
THE WORLD HAS LOST A UNIQUE AND TALENTED PERSON. DICK WAS AN OUTSTANDING NEIGHBOR AND CLASS MATE IN HADLEY . MY CONDOLENCES TO THE FAMILY .I HAVE NOTHING BUT GREAT MEMORIES GROWING UP WITH RICHARD. GOD BLESS. R.SULLIVAN
ROBERT SULLIVAN
August 20, 2014
I remember your Dad as one of the brilliant Attendings/Chief of Medicine at Univ of Cincinnati. His sheer presence and expertise in history and physicals and his acumen in the field humbled us all.
I remember the devoted and proud Father/Grandfather he was to you all, and how he so lovingly cared for your beloved Mom.
As a nurse he kept us to rigorous standards and to my husband, as an intern and resident at UC, we remember the exceptionally high expectations he
held and personally/professionally delivered.
He will be missed.
Sue & Bill Marshall
August 20, 2014
To The Kozera Family, condolences on your loss.
Rick Konieczny
Class of 1960
August 19, 2014
I have many fond memories working with Dr. Kozera - from midnight suppers at CGH when we were Residents/Students - to my time as CMR at the VA - Dick was an inspiring teacher - one of the few who challenged us to be at our best. Morning report with Dick was a great experience. I have great memories-my best to his family.