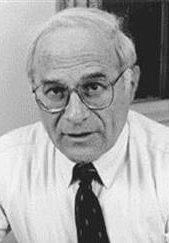 FUNERAL HOME
Douglass Funeral Home
87 North Pleasant Street
Amherst, MA
Thomas Frederick Plaut was born in Leipzig, Germany in 1933. His family escaped Nazi Germany and arrived in the U.S. in 1935, settling in Mansfield, Ohio. He credited his Scoutmaster with helping him learn how to be an American. His family moved to Dayton, Ohio when he was 17 and he graduated from high school there. Due to a clerical error associated with the move, his transcript reported a 4.0 GPA and he was accepted to Yale University.

Although he struggled with anti-Semitism at Yale, he found a home on the cross-country team and made lifelong friends. He always said that studying history was the best preparation for being a pediatrician because he learned to piece together what was happening in a situation from synthesizing a variety of accounts (much like listening to a mother and a child describe a medical situation).

While in medical school at Columbia University, he studied tropical medicine for several months in Surinam. He wanted to be able to speak directly with the indigenous people, so he learned their language, Sranan Tongo. While in Surinam, he conversed with local people and served as interpreter on a ten-day canoe trip into the jungle. Alcoa hired him to teach engineers Sranan Tongo. While teaching this course, he learned that the local laborers were greatly underpaid. He decided to help them organize a union, which resulted in his being ordered to leave the country within 24 hours (which he did).

During his medical residency, Tom was institutionalized for several months in a psychiatric hospital. During that time he continued to live out his commitment to self-determination by starting an inmates' newsletter and agitating for patient rights. Shortly after being released, Tom met Johanna Mautner in 1962 and they married in 1963. They moved to Whitesburg, Kentucky, a tiny coal mining town in Appalachia, because he wanted to practice medicine somewhere where he could make a real difference. Tom reveled in providing medical care in Whitesburg and later wrote many stories about his time there. These and many other stories can be found on his blog, drtomsjournal.com.

From 1967-1977, Tom worked in the South Bronx, following his passion for working where he was needed. At the MLK Jr. Community Health Center, one of the first community health centers in the country, Tom helped create a new model for health care delivery that included training community members to become health care workers. He wrote an essay about what it was like, as a doctor, to cede control to people with less formal training.

In 1977, Tom, Johanna and their two children moved to Amherst, Massachusetts, where Tom became a community pediatrician. Tom was known as "the jeans doctor," a charismatic and down-to-earth pediatrician who loved to clown with his patients while still providing expert care.

His waiting room was filled with handouts he wrote to help parents improve their child's health at home. Soon he found a new way to channel his enthusiasm for empowering patients and their families: asthma education. He devoted himself to this project for 30 years. Few things made him happier than realizing he could help someone improve their life through better asthma care.

Tom charted his own course, which involved writing and self-publishing several books on asthma. Much of the work he pioneered has become mainstream practice. His masterpiece, One Minute Asthma, sold over 2 million copies in English and Spanish. He took great pains to write this book at the 5th grade level so it would be accessible to as many people as possible.

Outside of politics and family, Tom's key communities were the men's group of the Jewish Community of Amherst (almost 30 years) and Amandla, a social justice chorus (17 years).

When Johanna became ill in 2011, Tom shifted his focus to caring for her. It was a challenging transition, but Tom was determined to do what was best for her, no matter the discomfort it brought him. Tom frequently said he only realized late in life how much she had done to support him throughout their marriage. He wrote her love poems before she died in 2015.

The brightest spot in Tom's final years was connecting with his grandchildren, Max, Sarah and Reiko. He delighted in them and found different ways of connecting with each.

His life was truly feromic. He is survived by children Rebecca Plaut Mautner and David Mautner Plaut and their families; siblings Frank Plaut and Ruth Weinreb; sister-in-law Susan Hester; and his devoted friend and assistant, Swati Sharma.

In lieu of flowers, donations can be made to the National Priorities Project, 351 Pleasant Street, Suite B #442, Northampton, MA 01060.

Memorial register at www.douglassfuneral.com
To plant trees in memory, please visit our Sympathy Store.
Published by Daily Hampshire Gazette on Jan. 31, 2019.
MEMORIAL EVENTS
No memorial events are currently scheduled.
To offer your sympathy during this difficult time, you can now have memorial trees planted in a National Forest in memory of your loved one.
Funeral services provided by:
Douglass Funeral Home
MEMORIES & CONDOLENCES
9 Entries
Dear Family of Tom, I am so saddened to hear of Tom's passing. I met Tom when I was studying at UMass/Amherst and was beset by an awful asthma attack. I discovered Tom by accident and he guided me through my recovery from the attack and became a cherished person in my life. I have used all the innovative techniques that he taught me to manage my asthma condition and I have shared his techniques with many other asthmatics around the world - I work in international development, so I am in places where people with Tom's skills and knowledge are difficult to find. He was a rare kind of physician who actually valued a patient's insights and who was focused on self-management. I am so grateful for his help and his presence in my life and I am so sad that you, his family, and the world have lost him.
Valerie Haugen
Friend
May 6, 2020
I have two vivid memories of Tom's kindness and sensitivity as a pediatrician. When my son was born early, Tom (who was not my primary pediatrician) stopped by to see me. I burst into tears when asked how I was and told him all the other mothers were holding their babies but I couldn't. He immediately made the necessary arrangements. Another time when my son was sick, Tom was on call and going to a concert. He told us to put the phone up to our son so he could hear him cough. Then he said that he would meet us at the hospital, which he did - our son was hospitalized with croup & Tom had to miss his concert. Tom was a lovely person and an amazing fighter for peace and justice. The world is a better place because of him.
Pauline Bassett
February 9, 2019
I only recently made the acquaintance of Dr. Tom as a fellow bass in the Amandla Choir. I am sad not to have known him better. He will be missed in the choir. We honor his many gifts and contributions. His service yesterday at the Temple in Amherst was amazing and poignant. Thank you and condolences to Tom's family.
Danny Botkin
February 4, 2019
Dr. Plaut was the most caring and wonderful pediatrician. Both my children were his patients.
Mary Malo
February 3, 2019
I will always remember Dr. Plaut from 1981 when my daughter was born. He was definitely special, and now, reading his story I am deeply moved. Bless you all.
Rosemarie Karparis
February 3, 2019
I am deeply saddened to hear of Dr. Plaut's passing and share my condolences with his family. I will hold sacred the wonder-filled memories that began when he became my son's pediatrician more than 35 years ago. He was one of the most awesome and all around medical doctors I have known.
I still have vivid memory of that special moment immediately following my son's birth.
I ran into him a few years ago in Stop and Shop. This wasafter my having been away for more than 20 years. Dr. Plaut remembered me.
Amazingly, he also remembered my son, his extra finger, his name, and the circumstances of his birth.
An incredible doctor who touched my life.
May the warm memories of his life sustain you always.
J. SmithC
February 2, 2019
We are saddened to hear of Tom's passing. He was our son's first pediatrician. His gentle sense of humor went a long way to relaxing both mother and patient! Over the decades we admired both his and Johanna's dedication to justice and the common good. May the words of family and friends comfort you during this time.
Elissa and Bernie Rubinstein
February 2, 2019
Dr. Plaut's medical involvement with children and their families was a gift to the community. May his memory be for a blessing.
Rhonda Frankel-Fein
February 2, 2019
So sorry to hear this-my son and daughter were patients of Dr.Plout in the late 70's and I loved his light hearted interactions with them.He put mom and child at ease at all times.
Sincere condolences to his family-
Judith C
February 1, 2019
Showing 1 - 9 of 9 results