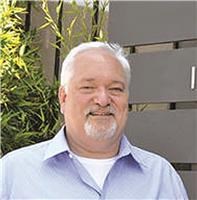 Jonathan is survived by his husband, Sergio Zendejas, as well as his father, Donald E. Glasgow, in Fayette, Ohio, and his sister, Rebecca Glasgow Lovelass, in Madison, Wisconsin and his brother, David (Chris) Glasgow, in Sturgis, Michigan. He is also survived by several nieces and nephews as well as his aunt, Carola Skinner, and the Zendejas family.

Jon started Interstices Architecture in 1990 with his business partner, Gary Lambe. They completed some of the City's most iconic projects: Adaptive reuse conversions of the Walker Building, Kress Building, Courtyard Lofts. Later, as sole owner of Interstices, Jon designed some of his most ambitious and creative residential and commercial projects.

Jonathan Glasgow's achievements will be recognized for years to come. He was a devoted husband, family man and beloved friend. His absence is felt by so many. A private memorial was held on July 9, 2021 at McKenzie Mortuary. A Celebration of Life sponsored by the AIA Long Beach/South Bay took place at Michael's Downtown on August 5th, 2021.

Published by Gazette Newspapers from Aug. 13 to Aug. 20, 2021.
To plant trees in memory, please visit the Sympathy Store.
MEMORIAL EVENTS
To offer your sympathy during this difficult time, you can now have memorial trees planted in a National Forest in memory of your loved one.
Funeral services provided by:
Mckenzie Mortuary Services
MAKE A DONATION
MEMORIES & CONDOLENCES
Sponsored by Mckenzie Mortuary Services.
0 Entries
Be the first to post a memory or condolences.