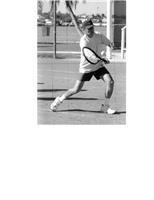 BORN
1942
DIED
2021
Ricardo Nakauchi passed in Stanton, Ca., on June 19, 2021. Born in Lima, Peru on January 28, 1942 to Luis T. Nakauchi and Daria Huerta.
An honors graduate from national engineering University in Lima, he attended graduate school at the University of Pennsylvania, subsequently graduating honors in electrical engineering from the University of Michigan, Ann Arbor in 1968.
Upon graduating, Ricardo was employed at California's Transrex before opening his own business, Power Engineering in Carson. Ricardo's warm and supportive manner as "boss" won respect, dedication and loyalty from employees.
A competitive tennis player on local courts, Ricardo won several trophies. Unfortunately, he was diagnosed with Parkinson's and was forced to suspend physical activities and business endeavors.
Ricardo became a resident of Rowntree Gardens where he actively participated in all activities in spite of Parkinson's. In fact, even though his physical activities became restricted, his mind and sense of humor remained vibrant to the very end.
Ricardo was preceded in death by his older sister, Elizabeth Landsberg. He is survived by his younger sister Elba Nakauchi-Kiely, and his brother-in-law, Brian Kiely of Long Beach and a cousin, Norma Sanchez, of Santa Clarita.
Published by Gazette Newspapers from Jul. 16 to Jul. 23, 2021.
To plant trees in memory, please visit the Sympathy Store.
MEMORIAL EVENTS
To offer your sympathy during this difficult time, you can now have memorial trees planted in a National Forest in memory of your loved one.
MAKE A DONATION
MEMORIES & CONDOLENCES
0 Entries
Be the first to post a memory or condolences.