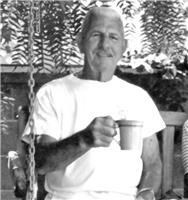 BORN
1932
DIED
2021
Steve Housden passed away June 6, 2021
He was born in Centralia, Washington on February 6, 1932 to Golda and Roy Housden.
Steve grew up in Brewster and graduated from Pateras High School. He came south to go to Compton College and study law. Steve later earned a degree from Pepperdine College
He served honorably in the Army Airborne 82nd Division with a record 19 jumps. After leaving the service he joined the Long Beach Police Department as a patrolman and retired with 27 years as a detective in auto theft.
Steve loved cars, Corvettes, racing and joined the C-300 group and enjoyed
the friendships. Moving to Leisure World, he became active in the American Legion as commander, the wood carvers and RV group. As a member of the Retired Police, he enjoyed the trips north each year for Sub Station North and the friendships. Steve also was active in Kop Outs, Long Beach RV group with monthly outings.
He was a fun person and always helping someone...Never a bad word about anybody... Steve was a prince of a man. Always having an eye for a diamond in the rough, he found acreage on the Entiat River in Washington and would spend summers clearing it and making it a wonderful place for family and friends to camp.
Steve leaves his sisters, Gladys (Lee) and Charlotte, and brother Tex. He was predeceased by his parents, son Stan, brother Leroy and most recently brother Benny. He leaves his daughters Stephanie, sons Tyler and Chris and daughter Sandra with daughter Jill and two sons, Timothy and Kyle. Also four great grandchildren, Gabriella, Joelle, Logan and Madelyn, step children Shirley (Mike), Tom (Marla) and Gary.
Mourning his loss is longtime friend and travel buddy, Gloria Culpepper and her family. Don Culpepper (Jashua) was very close to him over the years and his children all called him Grandpa.
Steve will be missed by so many.
Memorial and Celebration of Life will be held on July 13, 2021 from 10 a.m. to 2 p.m. at the Police Officers Park on Carson for family and friends.
Share the memories!
Published by Gazette Newspapers from Jul. 1 to Jul. 9, 2021.
To plant trees in memory, please visit the Sympathy Store.
MEMORIAL EVENTS
Jul
13
Celebration of Life
10:00a.m. - 2:00p.m.
Police Officers Park
Carson, CA
MAKE A DONATION
MEMORIES & CONDOLENCES
0 Entries
Be the first to post a memory or condolences.