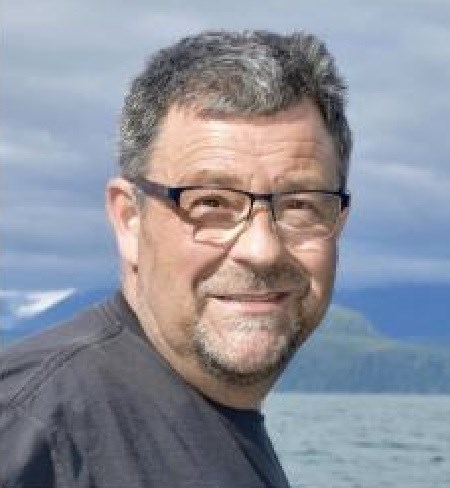 Kyle Robert Carter of Canby, Oregon died at age 56 on September 28, 2020. He is survived by wife Brandi Carter (Parr), son Austin Carter, wife Patricia and granddaughter Adaline; daughter Sophie Carter; son Mason Carter; brother Hal Carter of Philomath; and sister Carlea White of Scio; and many other family members and dear friends. He was preceded in death by both parents, Wayne Carter and Karen Carter (Hamm) originally from Philomath.

Kyle was born in Juneau, Alaska, but spent his childhood in rural Philomath, Oregon, where he learned to appreciate the outdoors and discovered his love for fishing. It was in Philomath that he began his career in the tire industry. His career took him to several locations in Oregon. He made Canby his home when he started working for Millar's Point S (formerly Tire Factory) in 2002.

Kyle and wife Brandi were married in 1995. Son Austin was born in 1995, daughter Sophie in 2001, and son Mason in 2009. He was devoted to his family and fully participated in life as a husband and father. On time off, you would most likely see Kyle fishing pole in hand, working in his yard, on the sidelines or stands of one of his kids' events, grilling or cooking, watching the Seahawks, or helping a friend.

To know Kyle was to love him. His positive attitude had an impact on most everyone he met. He carried this attitude with him even when diagnosed with stage 4 cancer in August 2019. He was determined to do whatever it took to stay with his family for as long as possible, and he did. He will be deeply missed by many.

Due to the current restrictions, services will be announced through personal networks at a later date. In the meantime, to express condolences, cards can be sent to the family at their home or notated on obituary at Holman-Hankins-Bowker & Waud Funeral Home's website. In addition, Ben Millar (Kyle's employer) has set up a GoFundMe account https:/gf.me/y273fh to help the family with the transition of losing an income and dealing with daily living and funeral expenses.

To plant trees in memory, please visit our Sympathy Store.
Published by Corvallis Gazette-Times on Oct. 5, 2020.
MEMORIAL EVENTS
No memorial events are currently scheduled.
To offer your sympathy during this difficult time, you can now have memorial trees planted in a National Forest in memory of your loved one.
Funeral services provided by:
Holman, Hankins, Bowker & Waud Inc
GUEST BOOK
0 Entries
Be the first to post a memory or condolences.