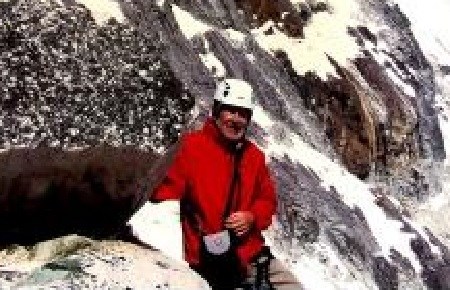 Lyckle "Larry" Boersma, 90, of Corvallis, Oregon, passed away August 23, 2020, later named Larry was born April 16, 1930 in Oudega, province of Frieslan, The Netherlands. He was born the second son of eight boys and one girl to Yke and Hendrikja Boersma.

Larry went to grade school in the Netherlands during the German occupation. He then attended high school in the neighboring town of Sneek and entered the National Agricultural College of the Netherlands in 1949. There he received his B.S. degree in 1953 and M.S. degree in 1955 majoring in the fields of land reclamation and land reform. Larry was named research associate in the Department of agronomy at Cornell University in Ithaca NY and graduated with his PhD from Cornell in 1959. After graduating Larry accepted a brief position as an assistant professor at the University of Illinois where he met his soon to be wife Carole Truckenbrod. In 1960 he accepted a position in the Department of Soil Science at Oregon State University and he and his new bride moved across the country to Corvallis Oregon.

Larry loved his job. He was a Fellow of the Soil Science Society of America, the American Society of Agronomy, and a Fellow of the American Association Advancement of Science. Larry was the President of the Soil Science Society of America and named Distinguished Professor in 1994. Larry was involved in many professional societies and university committees and visited 19 countries in a professional capacity. He was a prolific writer. Involved in over one hundred papers in refereed journals, Larry also wrote over 70 technical reports and over 100 published abstracts.

Larry loved hiking, mountain climbing, scuba diving, photography, reading, and both the USA and his home country, The Netherlands. He was known for his unique sense of humor, adventurous spirit, keen intellect, and eagerness for learning. Larry was fiercely independent yet remained highly involved in the lives of those he cared about.

From hiking to the base camp at Mt Everest and summiting the Matterhorn to getting his bike almost taken from him at gunpoint by Nazi soldiers, Larry always had an interesting story to tell. Because he did so much with his life and there were so many stories to tell, it was impossible to keep it all bottled up. Larry touched countless lives with his stories.

A life is not measured in years but in its impact on others and the world. Larry was responsible for many positive changes in the world through both his teaching and scientific mindset. Larry also touched the lives of a great number of people around the world and made a deep impression on those who knew his love.

Larry was preceded in death by his parents and his brothers Yme, Ona, Yke and Stoffel. Larry is deeply missed by his wife Carole, son Mark (Danna), daughter Heidi (Brad), grandchildren Mitchell, Jonathan, Emma and Luke. He is also deeply missed by his surviving brothers Jan, Wybren, Hendrik, sister Renee and numerous nieces and nephews.

Larry is a member of Grace Lutheran Church of Corvallis. No services are planned at this time.

To plant trees in memory, please visit our Sympathy Store.
Published by Corvallis Gazette-Times on Oct. 29, 2020.
MEMORIAL EVENTS
No memorial events are currently scheduled.
To offer your sympathy during this difficult time, you can now have memorial trees planted in a National Forest in memory of your loved one.
GUEST BOOK
3 Entries
I worked for Larry for 14 years at OSU, typing his constant stream of journal articles. He was a joy to work for. He always had a story to tell, often humorous, and adventures to plan. Rest in peace.
Pam Wegner
October 30, 2020
Dr. Larry Boersma was one of my favorite professors. I enjoyed his classes and deeply appreciated the advice he gave me when I was a graduate student at Oregon State University.
Birl Lowery
October 29, 2020
I was a colleague of Larry's at OSU. He was a gentle giant. He always did what he could to help me advance my efforts, and brought an international reputation of excellence to OSU. I will miss him dearly, but remain deeply inspired by his example and generous support over the years.
John Selker
Coworker
October 29, 2020