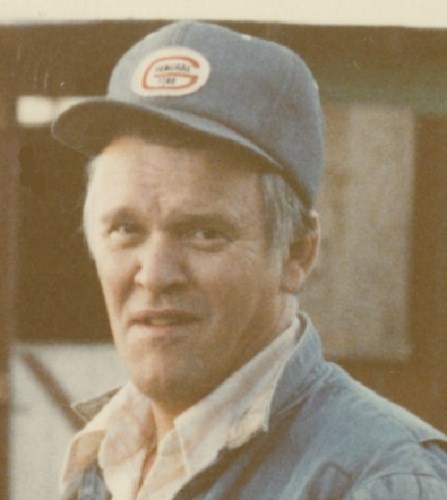 Larry William Bruce passed away on October 10, 2020 at his home in Albany, Oregon.

Larry was born in Dalton, Nebraska on June 9, 1939. He was the oldest of six children born to John and Mary Bruce. The family resided in Gurley, Nebraska in a historic old bank turned into a unique home. Larry was always the strong, older brother who helped his parents and younger siblings.

Larry graduated from Gurley School in 1957. After graduation, he lived with his grandfather before going to work in Wyoming at a cattle ranch. Larry briefly worked for Bob Aue in 1960 in Kimbell, Nebraska, where he learned much of his knowledge of sheep.

He married Twila Larson in 1962 and together they had three children: Lee, Sandra and Wes. Larry started working for Bob Rauner in 1964. Larry and Twila lived on one of the Rauner farms southeast of Gurley and began a dairy farm. Larry was very close to his maternal grandfather, William Florke. They lived with him a short period of time at the ranch. Later he lived with them at Rauner place. Grandpa Florke helped shape Larry into the man he was and helped teach him many life lessons.

Larry later met his life partner, Donna Hansen. The pair eventually relocated and bought a small farm in Albany, Oregon. They had a daughter, Andrea. Larry continued his passion for dairy and worked at the Santiam dairy in Lebanon, in addition to having many animals at home over the years: dairy goats, sheep and ducks in the later years.

After Larry's retirement from the dairy, he enjoyed spending summers in Nebraska with his sons and grandchildren. He loved working on projects, fixing and building things.

Larry was a confidante for so many and always had the kind heart to listen and give his simple advice. He loved animals and animals loved him. Larry had great pride for his family and would brag about his children to all he met. He loved seeing pictures of his grandchildren and great grandchildren grow.

Larry was preceded in death by his parents; sisters Barbara and Bonnie; and his daughter Sandra.

His celebration of life will be held at his home on November 7 from 1-5 p.m. AAsum-Dufour Funeral Home handled the arrangements (www.aasum-dufour.com).

To plant trees in memory, please visit our Sympathy Store.
Published by Corvallis Gazette-Times on Oct. 27, 2020.
MEMORIAL EVENTS
Nov
7
Celebration of Life
1:00p.m. - 5:00p.m.
at his home
Funeral services provided by:
Aasum-Dufour Funeral Home
GUEST BOOK
5 Entries
May God keep you in the palm of his hand during this difficult time. When we lose someone we love, we must learn not to live without them, but to live with the love they left behind. May you keep many precious memories close to your heart.
Tami Ainsworth
November 8, 2020
I am very sorry to read this Donna. I really miss seeing all of my old friends from the feedstore. Take care.
Dirk Zimick
November 4, 2020
Miss our neighborhood guardian and coffee partner...rest peacefully Larry...always in our hearts.
Mary Moe
October 28, 2020
80 yrs. of memories to a great caring brother/there is no cure for the heart at these times. Bless his home and family
Brother with emty heart
October 27, 2020
A wonderful man who contributed much to the community. Loving husband and father. Larry made the world a better place because he cared. My condolences to those who love him.
David McCready
October 27, 2020