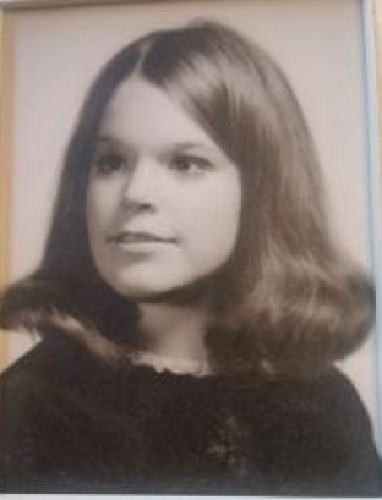 Lucy Ferries was found deceased at her home on October 3, of natural causes.

She was born October 20, 1951 in Monroe, Wisconsin to Jeremy and Phyllis Ferries. In 1956, the family, which now included her brother, Richard, moved to Corvallis.

She attended first Harding, and then Garfield school. She enjoyed Camp Fire Girls and accompanying her veterinarian father on trips to the countryside to treat large animals, especially horses. She graduated from Corvallis High School in 1969, and then attended Oregon State University.

She spent most of her adult life in Lexington, Kentucky, fulfilling a dream of working on horse farms. While there, she developed a love of Southern cooking, Kentucky Wildcat basketball, and black spirituals. Her favorite female singer was Mahalia Jackson.

Lucy returned to Corvallis in 2006 to help care for her aging parents. After their passing she surprised her two remaining brothers by wishing to remain in Corvallis, and stay in the family home.

She was preceded in death by her parents, Phyllis and then Jeremy, and her brother Richard. She is survived by her two youngest brothers, Marc, of Salem, and Michael (Marie) of Spokane, Washington.

She is also survived by Marc's children Emily, Lauren, and Ryan, and by Mike's children Maureen, Carson, and Christine.

A memorial service will be at a later date.

Published by Corvallis Gazette-Times on Nov. 14, 2020.
To plant trees in memory, please visit the Sympathy Store.
MEMORIAL EVENTS
To offer your sympathy during this difficult time, you can now have memorial trees planted in a National Forest in memory of your loved one.
MAKE A DONATION
MEMORIES & CONDOLENCES
4 Entries
My sincerest condolences to the family. Miss Lucy and I had many wonderful conversations over that past several years. She will be deeply missed. Cynthia White
Cynthia White
November 24, 2020
Rest in love my friend
Sheila Matson Laursen
November 17, 2020
I'm so sorry to hear of Lucy's passing. My condolences to the family.
Dick Kennedy
November 17, 2020
Oh my. Lucy was such a dear friend. We became friends at Garfield & stayed friends to the end. I had planned a visit this summer to Corvallis to visit her. I am so very sad. I am sorry for your loss too.
Karen Wheeler Taylor
November 17, 2020
Showing 1 - 4 of 4 results