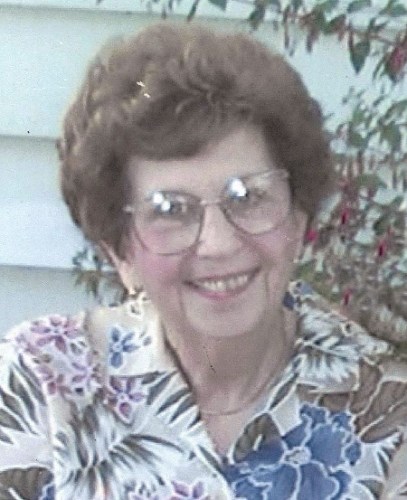 Mitzi Barr, 87 of Salem and Corvallis, passed away peacefully on November 14, 2020. Her daughter was at her side. She was preceded in death by her loving husband, George, in 2014.

Mitzi was born and raised in Corvallis. She later moved to Salem after marrying her sweetheart George. They had two children: Tammy and Gary. She attended Oregon State University, followed by nursing school in Portland, Oregon. She was an RN at the Salem Doctor's Clinic for many years.

Mitzi met George in 1953 at a Halloween party at Oregon State University. Their dormitory housemothers paired them up for a blind date and they were married on June 26, 1955. They were college sweethearts and married for 58 devoted and loving years.

Mitzi had a long-time love of crafts. She was an avid stamping and card maker and was a charter member of the Salem Valley Stampers. Tammy joined her mom in her love of art in 2014 and they enjoyed many hours of creating with friends. The past several years Mitzi resided at Stoneybrook Assisted Living in Corvallis, just minutes away from her daughter. They taught several card classes to share their passion with residents and staff.

She was a lover of cookies (especially McDonald's oatmeal raisin and her dear friend Denise's triple chocolate chip), the Sound of Music, and her family. She was also an avid animal lover. Her cat Zoey was by her side at home and then at Stoneybrook Assisted Living. Zoey brought her much company and comfort and is now with Tammy and her many other cats and dogs. Mitzi would often attend spay and neuter days at Heartland Humane Society and hold and love on kittens as they were recovering from surgery. Growing up, the family had all sorts of animals: dogs, ducks, hamsters, guinea pigs, rabbits, turtles, rats, snakes and the list goes on.

Mitzi loved her family and extended family and was fortunate enough to get to know her 2-year-old great-grandchild Eloise. Her three grandkids have many special memories of fun times spent during holidays, special occasions, and sporting events.

A private graveside service will be held in Corvallis. In lieu of flowers, contributions can be made to Heartland Humane Society in Corvallis. AAsum-Dufour Funeral Home handled the arrangements (www.aasum-dufour.com).

To plant trees in memory, please visit our Sympathy Store.
Published by Corvallis Gazette-Times on Nov. 20, 2020.
MEMORIAL EVENTS
No memorial events are currently scheduled.
To offer your sympathy during this difficult time, you can now have memorial trees planted in a National Forest in memory of your loved one.
Funeral services provided by:
Aasum-Dufour Funeral Home
GUEST BOOK
0 Entries
Be the first to post a memory or condolences.