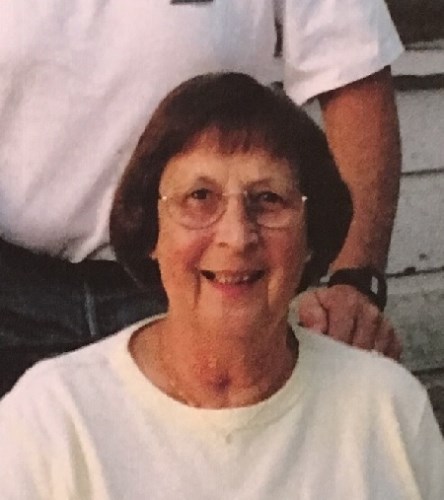 Patricia Lee Sipe passed away peacefully in Albany, Oregon on Saturday, November 14, 2020, from complications related to a recent stroke. "Pat" was born at home in Albany on February 1, 1932, the daughter of Ralph Orville Barker and Sarah Frances (Marsh) Barker. She attended Madison Elementary School, Central Junior High School, and graduated from Albany Union High School, class of 1950. Pat attended the University of Oregon.

She married Elliott Monroe Sipe on January 20, 1952, and the couple moved to Tacoma, Washington where Elliott was stationed with the US Navy. Their eldest son, Donald "Larry", was born there in 1953. After Elliott's discharge from the Navy, the family moved to Sacramento, California, where their youngest son, Rich, was born in 1959. Elliott's career next took the family to San Francisco, Denver, Seattle, Portland, then back to Sacramento before returning to Albany finally in 1973.

Pat enjoyed a nursing career that spanned over 40 years. During this time she worked in a variety of settings, including hospital emergency rooms and internal medicine. Her favorite position, however, was working in the OB/GYN practice of Dr. Charles South in Albany the last fifteen years of her career. She loved her work, her patients and their babies. She remained close to many of her former patients well after retirement and could recall the names and details of their babies born through the office. She also remained close with Dr. South and his wife, Joanne, as well as her former co-workers.

After retirement, Pat and Elliott enjoyed traveling and spending time with their grandchildren. An avid sports fan, she enjoyed watching her sons' and grandchildren's sporting events, as well as Major League Baseball and Oregon Ducks football.

Pat was preceded in death by her father and mother, husband Elliott Sipe, brother Ralph Barker Jr., and sister Jeannette Garcia. She is survived by sons Donald "Larry" Sipe (Janet) of Salem, Rich Sipe (Julie) of Albany, grandchildren Emily (Will) Seil of Portland, Melissa (Nick) Clark of Albany, Alan Sipe of Portland, and Stephanie Sipe of Bend. She is also survived by great-grandchildren Isaac and Kate Clark of Albany.

The family wishes to express their gratitude to the many friends and relatives who sent prayers and good wishes to Pat and her family over the past few weeks. A Celebration of Life event will be planned for a future date. Throughout her life, Pat was very fond of animals. Donations in her memory may be made to SafeHaven Humane Society in Tangent. Online condolences may be posted at www.fisherfuneralhome.com.

To plant trees in memory, please visit our Sympathy Store.
Published by Corvallis Gazette-Times on Nov. 18, 2020.
MEMORIAL EVENTS
No memorial events are currently scheduled.
To offer your sympathy during this difficult time, you can now have memorial trees planted in a National Forest in memory of your loved one.
GUEST BOOK
6 Entries
I just found out today about Pat. I loved you mom and dad even though we had primarily a business relationship. But in many was it was more than that. I got to see Pat at the Depot not too long ago. She was having lunch with a friend. I believe it was just prior to Covid. Had a great hug. Didn´t think it would be my last. Blessing to you Rich, and may you be at peace during this time of grief. Clay
Clay Dluehosh
November 23, 2020
Larry and Rich and family: Our hearts are heavy with sadness at the loss of Pat, your Mother, and our relative and best friend. We loved her honesty, loyalty as well as her positivity with a smile and infectious laugh. Rest In Peace Patricia (Pat).
Bob and Linda Barker
November 20, 2020
Rich, I am so sorry to hear about your mom. My thoughts and prayers are with you and your family.
Paul A Pynes
November 19, 2020
Larry and Rich I´m so sorry to hear that Pat passed. Pete and I were just talking about her today. Please let us know when you schedule her service. I do not take the paper. Our thoughts and prayers to you both. Love Dianne and Pete
Dianne Gilbert
November 18, 2020
Larry and Rich- I remember your mom as a friendly and cheerful lady with a wonderful laugh. She was obviously a great mom. I´m so sorry for your loss.
Matt Horton
November 18, 2020
Rich and family. I'm so sorry to hear about your Mom's passing. I pray God will surround you with his love and comfort as you mourn her loss. John, LaWanda, and family
John Kollaer
November 18, 2020