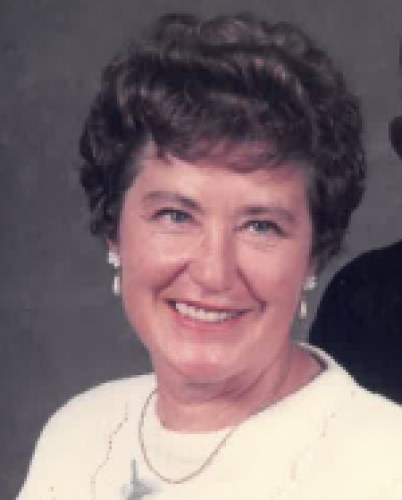 Patricia Glyde (Schreiber) Stephenson was born June 13, 1930, in Corvallis, Oregon, to Rudolph and Glyde Schreiber. Pat grew up on a dairy farm outside of Corvallis. She and her sister, Madge, delivered milk from the dairy every day in the families Milk Truck. She told lots of stories of the hard work and tough times on the dairy, but it was also where she developed her love of ice cream and horses. Pat graduated from Corvallis High School in 1948.

She married Robert (Bob) Stephenson January 1, 1949, after he returned from the war. She once said she chose him because he shared her love of horses. In 1952 they purchased a farm in the Oakville area where they raised their four children, Nancy, Rob, Pam and John. While Bob worked outside the home, Pat took care of the farm, the kids and got busy raising the finest Arabian horses in the area. She would tell stories of traveling all over the Western United States showing her horses in some of the biggest horse shows, bringing home many amazing trophies.

In the early 1980s Pat and Bob purchased ten acres near Sisters, Oregon, with the intent to retire in Central Oregon. Together they spent the next few years building fences, corrals, sheds and a barn in their spare time. After the house was finished they sold their farm in Oakville and moved across the mountains taking with them nine horses. Pat continued to keep and ride her Arabian horses into her 80s. Pat and Bob took many horse camping trips with family and friends, mostly in the Cascade Mountains. Pat was a proud member of the infamous "Saddlebags," a group of ladies from the Sisters area that socialized and rode horses together. Every year the Saddlebags would participate in the Sisters Rodeo and Parade, often bringing home the first place ribbon for their group entry. Pat and Bob also took many trips during their retirement including Switzerland, Alaska, and Hawaii and around the Western United States.

Pat loved to have large holiday get-togethers with family and friends during the holidays, especially Christmas and New Year's Eve. No one was ever turned away and she loved having lots of friends and family around her table. During the holidays she always had homemade candy and in the summer there was always homemade ice cream. Her grandchildren knew they could count on Grandma Pat for a hidden cache of chocolate in her kitchen.

Pat was preceded in death by her parents, sister Madge, husband Bob, and son John. She is survived by daughter Nancy (Fred) Lindsay and son Robert of Moses Lake, Washington; daughter Pam (Bob) Lindsay of Shedd, Oregon; daughter-in-law Cindy (John) Stephenson of Scio, Oregon, six grandchildren, 13 great-grandchildren, and special friend Bill Wiprud of Bend, Oregon. Special thanks to the ladies of the Foster Home and Hospice of Sisters where she spent the last few years of her life. Because of them she was able to stay in the place she loved, Central Oregon. Due to COVID restrictions, a memorial will be scheduled at a later time.

To plant trees in memory, please visit our Sympathy Store.
Published by Corvallis Gazette-Times on Oct. 25, 2020.
MEMORIAL EVENTS
No memorial events are currently scheduled.
To offer your sympathy during this difficult time, you can now have memorial trees planted in a National Forest in memory of your loved one.
GUEST BOOK
1 Entry
Fly high Pat on Serch and the others. You were an important part of my youth. Condolences to the family. RIP
Kristi Holmes Haphey
October 28, 2020