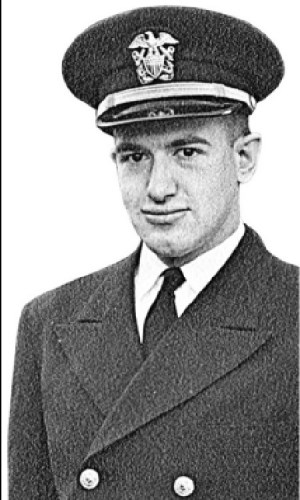 Steve Besse, one of Oregon's few remaining D-Day veterans, died peacefully of natural causes, surrounded by his family at his home in Corvallis. Steve was born in Cheyenne, Wyoming, and moved to Corvallis when he was two. He attended Corvallis schools graduating from Corvallis High in 1937.

After graduation, Steve enrolled at Oregon Agricultural College (OSU) and it was there, during his senior year, that he met and fell in love with his sweetheart for life, a bright, vivacious sophomore co-ed from Albany - Dyna (Virginia) Mornhinweg.

World War II was underway and in 1942, Steve enlisted in the Navy where he received his commission at Columbia University. Two years later, on June 6, 1944, Steve, at age 24, was the Executive Officer and second in command on the Landing Craft Infantry (LCI) 420 that was in the first wave of landings on Omaha Beach, Normandy. On that day and for several days thereafter, the LCI 420 made multiple landings under heavy fire from the Germans, delivering over 2,500 troops onto the beach. Seventy-one years later, at age 95, Steve was inducted into the French Legion of Honor as a "chevalier" (knight) for his part in liberating France from the Nazis.

Though separated by war, Steve and Dyna continued their relationship through letters. Just months after he returned to the states in 1945, Steve proposed to Dyna and they were married June 24, 1945 in the First United Methodist Church of Albany.

Later that year, Steve was honorably discharged from the Navy and secured a position as International Sales Manager for Ferry Morse Seed Co. in Palo Alto where he worked for 17 years – a position that sometimes-included foreign travel. During these years, Steve caught the "travel bug" that led him and Dyna to travel the world over until they were in their early 80's. Ultimately, Steve traveled to over 65 countries and every continent in the world - except Antarctica.

In 1962, Steve accepted a position as OSU County Extension Agent for Malheur County and the family, which now included daughters Marilyn, Susan, and Joyce moved to Ontario, Oregon where Steve worked with potato and onion growers for six years.

The family moved to Eugene in 1968 when Steve was named Chairman Agent for the Lane County Extension Service. Ten years later, with daughters grown, Steve and Dyna returned to Corvallis where their life together had started and where Steve served as Associate Director of International Agriculture for the OSU College of Agriculture.

There are no words to adequately describe Steve's insatiable curiosity, energy, and absolute zest for life. As a life-long gardener, he was most happy when he had some good soil in which to dig. As an avid fisherman, trout or steelhead fishing in Oregon or salmon fishing in Alaska could not be beat. Steve and Dyna found great joy in sharing in the lives of their three daughters and their families. As "Daddy, Steve, Grandpa or Grampa Besse inspired his family to "live life large".

Steve was preceded in death by his brother, Billy, (aged 13) who died of rheumatic fever and by his parents Ralph Stephen (aged 92) and Helen Margaret, (aged 97). He is survived by Dyna, his wife of 75 years, daughters: Marilyn (Paul) Karr, Sue (Lyle) Marchant, and Joyce (Doug) Jost; grandchildren: Ryan (Lea) Karr, Emily Karr, Dawson Marchant and Caitlin Jost, and great grandchildren Stella and Felix Karr. A private interment has been held at Oak Lawn Memorial Park, Corvallis. A celebration of life will be held when such gatherings are safe.

The family wishes to convey their heartfelt thanks to ComForCare and Lumina Hospice who were "heaven-sent angles when they were most needed." Memorial gifts may be made to: Lumina Hospice; Corvallis Public Library; Oregon State Extension or OPB. See details for gifting and sign the guest book at: https://www.mchenryfuneralhome.com/ 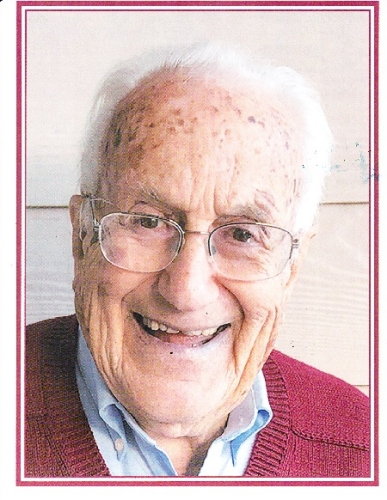 To plant trees in memory, please visit our Sympathy Store.
Published by Corvallis Gazette-Times on Oct. 4, 2020.
MEMORIAL EVENTS
No memorial events are currently scheduled.
To offer your sympathy during this difficult time, you can now have memorial trees planted in a National Forest in memory of your loved one.
Funeral services provided by:
McHenry Funeral Home & Cremation Services - Corvallis
GUEST BOOK
2 Entries
I did not know Mr Besse, I wish I had. I had never seen The OPB veterans TV programme until tonight. I will remember his name and the story of his terrible D-Day experiences for the rest of my life and forever be grateful for the sacrifices he and his generation made for us. May he rest in peace.
Steve Barry
November 24, 2020
Deepest sympathies for the loss of an American patriot and WWII HERO!!! May God give him a restful home!
Dr Rocket R W Turner
October 6, 2020