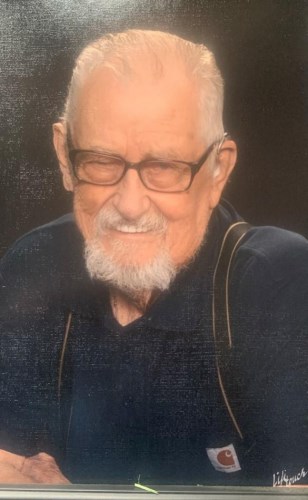 BORN
1935
DIED
2021
FUNERAL HOME
Grace Funeral Home & Crematory
203 W Nichols St
Albany, WI
Albany, WI - John Wayne Lawrence, age 86, passed away on Saturday, July 17th, surrounded by his family at his home in rural Albany. John was born on May 15, 1935 in Watertown, WI, and was raised in Janesville, WI. John began working at General Motors in 1953 and was drafted into the Army shortly thereafter. Upon completing his service to his country, John returned home to his job at GM and built a new house on the west side of town on his family's property. John and his father shared a love of gardening and they ran a vegetable truck together for years. In 1972, John married the love of his life, Candace Cox (Lawrence). In 1979, they bought a piece of land and built their dream home in Albany, WI. There, they raised their three children and lived for the next four decades. John had many passions in his life: fishing, hunting, guns and building birdhouses were some of the big ones. Of all of his passions, his relationship with Jesus Christ was certainly his most important. As a member of Grace Church in New Glarus, John re-kindled his love of the lord and found peace in the knowledge that he would forever be in the loving arms of the Lord upon leaving this world. John also found a calling in volunteering at local nursing homes. He enjoyed playing cards and bringing contraband treats to the residents. He would often sit for hours with those that couldn't get out, and he impacted many in this way. John loved God, his family, his freedom and his country. To those that knew him, John was never one to mix words and until the end, he was a devoted patriot and held very strong opinions on the state of the union. John's witty, sharp sense of humor that will be greatly missed by all of those that were close to him.

Special thanks to Heartland Hospice for all the great care they gave our dad during his last few months. He was so grateful for everything they did for him and would often comment on how great his caregivers were (thank you Stephanie Peach and Julie Flynn). Also, thanks to Grace-Bifulk Funeral home for helping with all the arrangements.