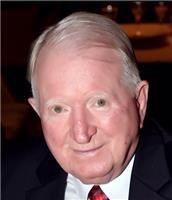 BORN
1938
DIED
2020
FUNERAL HOME
Habing Family Funeral Home
129 4th Street
Gilroy, CA
Al Howard passed away peacefully on May 3, 2020. He was 82 years old. Born in Alameda California, he was proud to be a native Californian. Al lived a rich and diverse life that included traveling the country on railroad box cars and hitchhiking leaving home at the age of 16 with only a $50 bill in his shoe. Al was a self-taught individual and loved reading books during his service on the USS Segundo submarine for over three years. He had a curiosity about life which contributed to his numerous world travel experiences. Al always knew he wanted to own his own business and in 1962 he opened his first tire store, Howard Tire in Belmont, California thanks to a 90 day loan of $10,000 from his maternal grandfather which Al repaid in 60 days. Howard Tire expanded to 7 retail locations in the San Francisco Bay Area and also included the largest wholesale tire division in Northern California during the 1980's and early 1990's. When Howard Tire was sold in 1995 to Wheel Works, Howard Tire employed over 100 individuals.

Al & his wife Jane moved to Gilroy in 1980. Together they commuted to Redwood City to their company headquarters until 1995. In 1998, thanks to his dear friend Ron Gurries encouragement, Al opened E Z Clean Car and Dog Wash in Gilroy which continues to operate today. Al was an "Uncle" and mentor to so many individuals in business and the local community. He was an amazing storyteller with an incredible memory for details. His stories were entertaining and usually ended with a lesson in life message. He was dedicated to his family and demonstrated an intense loyalty to friends over the years. He had a passion for this country and was active in the community supporting local candidates and initiatives that he believed were in support of our constitutional republic. Many speak of him as just a really nice man with a very special laugh. He is survived by his loving wife Jane, two daughters, Allyson & Jennifer who knew they were blessed to have a very special father, two sons-in law, four grandchildren, one brother, Dick and sister-in-law, Kathy and some very close nieces and nephews. He was often seen traveling in the community with his beloved black Labrador, Indigo. Al's celebration of life is tentatively planned for July 2020. He will be sorely missed by family, friends and the community.
Embracing the tradition of the U.S. Navy, individuals who served on a submarine are memorialized with the following:
Al Howard is on Eternal Patrol. We have the watch. Sailor rest your oar.
Published by Gilroy Dispatch from May 13 to May 20, 2020.
To plant trees in memory, please visit the Sympathy Store.
MEMORIAL EVENTS
Celebration of Life
Service details to be determined.
Funeral services provided by:
Habing Family Funeral Home
MAKE A DONATION
MEMORIES & CONDOLENCES
Sponsored by Habing Family Funeral Home.
4 Entries
The girls down at the lab (Lindsey & Jennifer) are so sad to learn of Mr. Howard's passing. He always brought and left the lab with a smile and leaving us with a lighter step. Al was truly a gentleman, one of the nicest patients and business man. He brought us tokens for his Car wash and belgian chocolates/treats for every holiday. Our deepest condolences to the family.
Jennifer & Lindsey Labcorp
Acquaintance
May 20, 2020
Al was part of the best crew on the best submarine in the Navy in the late 50's. He will be missed by all his fellow crew members that served with him. Gilroy, you have lost an excellent independent business man and citizen. He was extremely lucky to find and marry Jane and she will especially miss him too. Your buddy, Buddha Vance
Dave & Lili Vance
Military
May 17, 2020
Al was a good man and seemed to always treat people with respect and good humor.
richard freedman
Friend
May 11, 2020
Al would greet friends with a big smile and seemed to be such a happy and gracious man! He ll be missed around town.
Crystal Mickler
Friend
May 11, 2020
Showing 1 - 4 of 4 results