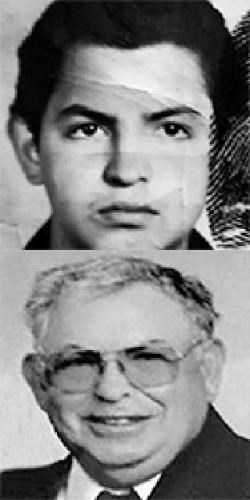 Agustin David Becerra-Reyes, "jack of all trades, master of none," passed away at the age of 85, in Grand Junction, CO.

He was born to Eduardo Becerra and Francisca Reyes in Pachuca Hidalgo, Mexico, and spent his childhood in Mexico City. In 1954, he moved to Grand Junction, CO, and married Pauline Reyes on July 17 of that year. He obtained his GED from Mesa College and was a devout member of St. Joseph's Catholic Church.

Augustin had many hobbies. He enjoyed music, golf, travel, watching soccer and football (especially the Broncos), word puzzles fishing, and making CDs with custom music for family and friends.

Published by The Daily Sentinel on Oct. 17, 2021.
To plant trees in memory, please visit the Sympathy Store.
MEMORIAL EVENTS
Oct
18
Memorial service
11:00a.m.
St. Joseph's Catholic Church
CO
Funeral services provided by:
Callahan-Edfast Mortuary & Crematory - Grand Junction
MAKE A DONATION
MEMORIES & CONDOLENCES
1 Entry
All of the positive stuff about Augie is true. He was devoted to his family, his community and people generally. It was great to know and work with him.
Larry Brown
October 17, 2021
Showing 1 - 1 of 1 results