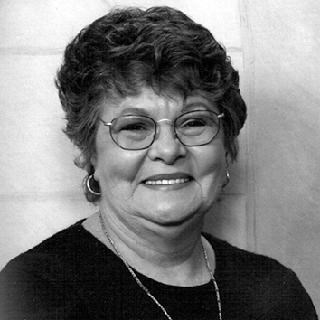 Bobbie was born July 29, 1941, in Collbran, Colorado, to Fritz and Dorothy Maigatter. She passed away July 5, 2021, following a three year battle with Alzhiemer's disease, with loved ones by her side. She was raised on the Maigatter ranch with her sister, Audrey.

Bobbie and Amos Weatherbee were married in 1958, and her two daughters, Pam and Londa were born during this union. Bobbie later married Loran Wells and together they raised the girls and ran the D-J in Collbran.

In 1978 Bobbie found and married her soul-mate, Nelson Pratt, and began the greatest adventure of her life that lasted 35 years. She gained two step-sons with this marriage, Jeff and Eric. In 1984, they moved to Nelson's hometown of Brewerton, NY. It was here that Nelson taught Bobbie the fine art of trap-shooting and it turns out...she was a deadly shot. She won many tournaments, including first place at American Nationals in 1988-1989.

Bobbie and Nelson loved living in New York, they came "home" frequently to visit and so Nelson could hunt, as Colorado was truly home to Bobbie.

After Nelson died in 2014, Bobbie continued to live in New York until it became apparent that her world had become much smaller due to the unbearable diagnosis of Alzheimer's Disease. Pam and Londa made the difficult decision along with Jeff and Eric to bring her home in 2019, where she was lovingly cared for by BeeHive Homes, Aspen Ridge and Mantey Heights.

That family would like to thank each of these organizations for their care. HopeWest played an extremely vital part in caring for Bobbie, and they especially want to thank them.

Bobbie was preceded in death by her husband, Nelson, in 2014, and her parents in 1993 and 2017. She is survived by daughters, Pam Hawkins and Rudy Bevan, of Loma; Londa Wells, of Ft. Worth, Texas; step-sons, Jeff Pratt and Brittany Nielson, of Mack, and Eric and Colleen Pratt, of Palisade; sister, Audrey (Martin) Glasser, of Lewiston, Idaho; brother-in-law, Jerry (Linda) Muckey, of Brewerton, NY, and grandchildren, Heather, Jamie, Jordan, Caliay, Tyler, Tanner, and Cassidy.

Donations may be made in Bobbie's memory to HopeWest, 3090B N. 12th St., Grand Junction, CO 81506.
Published by The Daily Sentinel on Aug. 1, 2021.
To plant trees in memory, please visit our Sympathy Store.
MEMORIAL EVENTS
Aug
6
Service
1:00p.m.
Callahan-Edfast Mortuary & Crematory Inc
2515 Patterson Rd, Grand Junction, CO
Funeral services provided by:
Callahan-Edfast Mortuary & Crematory Inc
MAKE A DONATION
MEMORIES & CONDOLENCES
3 Entries
Sorry I meant Colorado not Oklahoma. Nancy Pettinelli
Nancy Pettinelli
August 2, 2021
My husband Lou and I lived next door to the Pratts on Wickham Dr. Lou died about two weeks before Nelson, and not too long after I moved away to be closer to my family. Sorry to say, I was not aware that Bobbie was ailing and had to be moved back to OK. They were good neighbors... Regards and my sympathy to Bobbie's and Nelson's families. Nancy Pettinelli
Nancy Pettinelli
Other
August 2, 2021
My deepest sympathy to all of Bobbies family . She was a great friend to me n Collbran.
Joni Armour
Friend
August 2, 2021
Showing 1 - 3 of 3 results