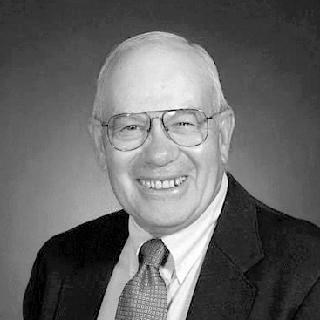 Olathe resident, Charles D. "Dave" McManus passed away peacefully on Thursday, October 28, 2021, at his home in Olathe, Colorado. He was 83 years old.

Charles David McManus was born October 5, 1938, to Mildred Katherine (Achatz) McManus and Charles Leroy McManus, in Del Norte, Colorado. He spent his childhood in the San Louis Valley and attended Hooper School. After high school, Dave continued his education at Colorado State University where he earned a bachelor's degree and later a Master's Degree in Equine Sciences.

On August 8, 1964, Charles married the love of his life, Mary "Kathy" Kathleen (Reagan) McManus, in Denver, Colorado. The couple had six children, who owe their success and achievements to the loving upbringing of their exceptional parents. They lived in Gunnison from 1968 until 1983 when the family moved to Olathe, where they made their home for the next 37 years. The couple shared a loving marriage for 55 years before Kathy passed in February 2020.

Dave's college days focused on his participation in the Colorado State University Rodeo Club before meeting his wife, Kathy. He chose a career as a County Agricultural Agent serving the counties of Teller, Gunnison, Ouray, San Miguel, and Montrose Counties over the course of his 40 year career. He was well known in the Montrose community for his steady leadership overseeing the Montrose County Fair, running the 4H and FFA livestock programs. His career of advising farmers and ranchers culminated with his election as the President of the National Association of County Agricultural Agents (NACAA) in 2001 before retiring in 2006. He was elected into the NACAA Hall of Fame in 2019. Dave was a devoted member of the Saint Mary's Catholic Church where he participated in several church organizations.

His career in equine sciences was his passion. He served as Colorado State Fair Horse Show and National Western Stock Show Horse Show superintendent for more than two decades. His hobbies revolved around horses, animals, farming, and supporting Kathy's many hobbies and adventures. He spent his retirement years focused on enjoying his family, especially his beloved grandchildren.

Dave was preceded in death by his parents and his loving wife.

In lieu of flowers please make donations to the Colorado 4-H Foundation through the CSU Foundation.

Arrangements are under the care and direction of Taylor Funeral Service and Crematory.

View the internet obituary and sign the online guest registry at: taylorfuneralservice.com.

Published by The Daily Sentinel on Nov. 4, 2021.
To plant trees in memory, please visit the Sympathy Store.
MEMORIAL EVENTS
Nov
4
Vigil
6:00p.m.
Saint Mary's Catholic Church
Montrose, CO
Nov
5
Wake
Mountain View Winery
5859 5825 Rd., Olathe, CO
Nov
5
Funeral Mass
10:00a.m.
Saint Mary's Catholic Church
CO
Funeral services provided by:
Taylor Funeral Service & Crematory
MAKE A DONATION
MEMORIES & CONDOLENCES
1 Entry
So sorry to hear about your dads passing. I remember the good times we had on the Tri-county fair boards when I represented the Mesa County horse program. He and your mom were the greatest and I will always cherish their friendship. My thoughts and prayers to you Erin, and your siblings. He is now with your mom and I can assure you they were proud of each one of you! They were the greatest in my book!
Becky Gentry
Friend
November 4, 2021
Showing 1 - 1 of 1 results