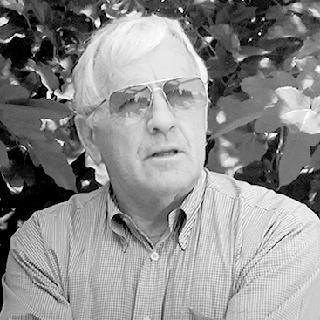 It is with great sadness that we must announce the death of Charles Wellington Rose.

He had turned 84 in December. Chuck was one of nine children born to John and Maggie Rose and was their only son. He spent his childhood on their tobacco farm in Lee City, Kentucky, where at an early age he became the spokesman for his parents who had lost their hearing from Meningitis as children, and could not speak.

Chuck attended Hazel Green Academy and served in the Air Force as a medic and was stationed in Japan for two years.

He was preceded in death by his parents; several sisters, and his son, John Rose. He is survived by his wife, Carol Zinko Rose; sisters, Dottie Hewitt, and Barbara; sons, Charles Rose Jr., Jim (Virginia) Rose, Mike (Kerrie) Rose, Tyler (Amy) Henson, and Art (Jera) Zinko; daughter, Kimberly (Ray) Gedstad; 18 grandchildren, and two great-grandchildren, and many other family members that loved him.

He had many wonderful memories of time spent with his children on weekends, vacations, camping, fishing, coaching swim meets and Little League. Chuck was a wonderful husband, father, grandfather, and was known as "Papa". He hosted many holidays and wonderful barbecues! He was a tremendous chef, storyteller, and shared many childhood and lifetime experiences! We were so blessed to be part of Chuck's life.

He spent many years in construction, carpentry, and woodworking. He was the project manager for many large projects throughout the United States; Disney in Florida, the Grand Floridian Hotel, sports stadiums, and spent many years with Peter Kewitt. Chuck's lasts six years of employment was with Mesa County as Project Manager; overseeing the completion of the Justice Center, Social Services, the City Parking Garage, the remodel of the Courthouse, and numerous other city and county projects. Chuck was truly a man of many talents. He had a very strong character, devoted to his beliefs, and a perfectionist. He was often referred to as the "Make it Happen Man!" He was a strong man with a big heart, kind, caring, and yet a very gentle soul. He will be greatly missed!!

Cremation will take place and per his request, there will be no services.
Published by The Daily Sentinel on Jan. 31, 2021.
To plant trees in memory, please visit the Sympathy Store.
MEMORIAL EVENTS
To offer your sympathy during this difficult time, you can now have memorial trees planted in a National Forest in memory of your loved one.
Funeral services provided by:
Grand Valley Funeral Homes
MAKE A DONATION
MEMORIES & CONDOLENCES
0 Entries
Be the first to post a memory or condolences.