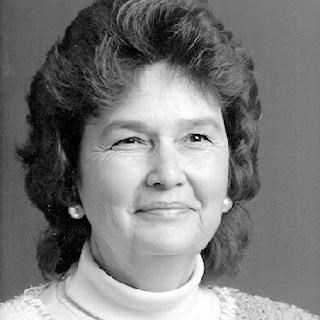 With heavy hearts, we announce the passing of Donna Jean Newman, on April 24, 2021, in Winnemucca, Nevada.

Born July 15, 1938, in San Diego, California, Donna lived a life full of adventure, hard work, and her family. She was a master of all and embarked on several paths in life including selling real estate, starting and operating several restaurants, starting a livestock auction barn, operating a daycare, and providing home health care to just name a few. She was a maker of all fun things and enjoyed painting, sewing, and baking the best pies in her free time. Donna was an avid traveler and was not afraid to take the road less traveled. Family was the foundation of Donna's life and brought her overwhelming joy.

She is preceded in passing by her momma, Wanza Parris; daddy, Johnnie Newman; sister-in-law, Debbie Newman, and brother-in-law, Bob Swartz. Donna is survived by her brother, Dale (Debbie) Newman, and sister Gayl (Bob) Swartz both of Cottonwood, Arizona; her children, Wyndy Harris, of Camp Verde, Arizona; Jackie (Chuck) Hoisington, of Safford, Arizona; Millie (Mike) Custer, of Winnemucca, Nevada, and Daniel (Jennifer) Thomas, of Delta, Colorado; she was the best Grama to nine grandchildren and extended her full love to their spouses; and a fabulous GG to 18 great-grandbabies. She was a devoted aunt, friend, and cousin to many others. Donna believed that family wasn't only blood and was "Grama" to several different families and touched the lives of all who knew her. There was no better woman for the role of mom, grama, GG, aunt, sister, and friend. Donna will be missed by all and our lives will never quite be the same.

A celebration of life will be held later this year and all who knew Donna will be welcomed to attend.
Published by The Daily Sentinel on May 2, 2021.
To plant trees in memory, please visit the Sympathy Store.
MEMORIAL EVENTS
To offer your sympathy during this difficult time, you can now have memorial trees planted in a National Forest in memory of your loved one.
MAKE A DONATION
MEMORIES & CONDOLENCES
4 Entries
Dear Family, please accept my sincere condolences, may you find comfort from the encouraging word found at. 1Thessalonians 4:14
Neighbor
May 6, 2021
Donna walked into our life at a time when we were desperately needing help with our mom. She quickly became not only a friend but a member of our family. We will forever be grateful to her and she will always be In our hearts.

Susan and Jerry Putnam
Friend
May 2, 2021
I hope that your pain free and enjoying a reunion with those who had gone before your passing. I pray for the joy, comfort and love from Jesus that you deserve. You took good care of those of us still here and missing you. A job well done.... a life well lived.
Wyndy Harris
Daughter
May 2, 2021
God speed mom
You were the best mom in the world and a warrior till the very end! love you
Millie Thomas Custer
Daughter
May 2, 2021
Showing 1 - 4 of 4 results