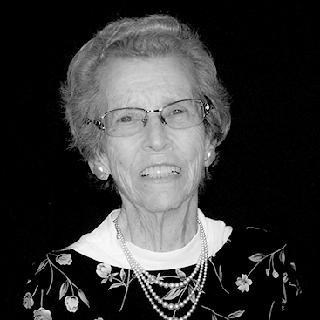 Helen Louise (Hatcher) Sheley went home to be with her Lord and Savior September 18, 2021. It is such a joy to know she's in the arms of Jesus.

Helen was born in Jefferson, Texas, October 17, 1932, to Vina and Sinclair Hatcher. She was raised and graduated school in Vivian, LA. After graduation she move to Shreveport, LA. While working as a telephone operator in Shreveport, she met and married the love of her life, Ben "Ned" Sheley, on August 3, 1951, while he was stationed there in the Air Force. After a brief deployment they settled in Wichita, KS, where Ben was stationed.

After Ben's service in the Air Force was completed, they moved back to Ben's hometown of Clifton, CO, where three of their children were born, Karen, Russ, and Jeff. In 1959 they settled down in Cortez, CO, where they bought their first home and had their fourth child, Julie. Helen worked for the Cortez newspaper for years which included writing the society column. In 1984, Helen and Ben started their own business, ServiceMaster, which continues today as Bravo Cleaning and Restoration and is owned and operated by Helen's grandson, Randon Sheley.

A few years after Ben's death, Helen moved back to Clifton, CO, and married Ben's widowed brother, Don Sheley. They enjoyed ten years of retirement together before Don's passing in January of 2015. Helen then lived with her son and his wife, Jeff and Stacy, for several years before moving to Telluride where she lived out the rest of her days in the wonderful, loving care of her youngest daughter, Julie and her husband, Andrew Harrington.