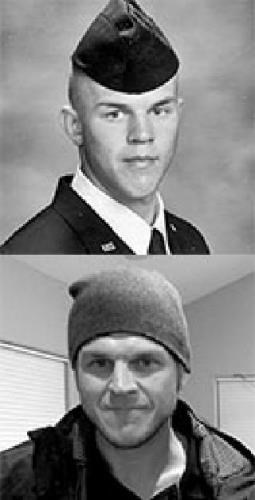 Jesse Arsenio Herrera, of Grand Junction, CO, passed away on the morning of November 20, after a month-long battle of injuries from a car accident.

Jesse served as an Airman in the USAF from 1999 to 2003 and served one tour of duty in PR/AF/IR War. Upon returning to civilian life Jesse attended college at CSU and studied biology and later became an electrician's apprentice.

His hobbies included trading comic books and sports cards, fishing, hunting, and landscaping. His favorite time spent was with his dad ice fishing and elk hunting. Jesse's wit and humor could make anyone smile and his vast knowledge of owls, our universe, and all things scientific was amazing.

Recently, Jesse struggled with homelessness and received training and assistance from the Grand Valley Catholic Outreach Program, the Western Slope Veterans Administration and other great organizations who support our Veterans.

Our beloved Jesse will be laid to rest on December 10, 2021, at 1:00 p.m., at the Veterans Memorial Cemetery of Western Colorado, 2830 Riverside Parkway, Grand Junction, CO.

In memory of Jesse and in lieu of flowers or gifts the family is asking to please donate to St. Mary's Hospital Foundation-ICU Programs, P.O. Box 1628, Grand Junction, CO 81502, or Grand Valley Catholic Outreach at 245 S. 1st Street, Grand Junction, CO 81502.
Published by The Daily Sentinel on Dec. 5, 2021.
To plant trees in memory, please visit the Sympathy Store.
MEMORIAL EVENTS
To offer your sympathy during this difficult time, you can now have memorial trees planted in a National Forest in memory of your loved one.
MAKE A DONATION
MEMORIES & CONDOLENCES
3 Entries
I wish I could ease the pain Jesse's family is feeling. My thoughts and prayers are with you. He was a good friend to me and he will be missed. Goodbye buddy.
Jim McKinney
Friend
December 7, 2021
I am so very sorry for the loss of Jesse. He was a wonderful friend. I am glad I have gotten to know Jesse´s little sister, Alisha. All my love goes out to the family.
Amanda Sweat-Vance
December 6, 2021
May the love of family carry us all through our sadness and grief he will be missed. Grandma
Frances Burns & Bill Burns
Family
December 6, 2021
Showing 1 - 3 of 3 results