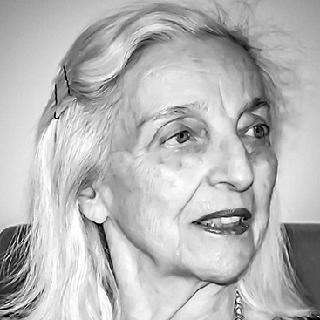 Farewell to a wonderful mother, Mary Ring Kara passed away on July 20, 2021, after living a life filled with love and selfless devotion to her family. Mary was a true Coloradan, the granddaughter of Edward Fortsch, the first non-Native American child born in the Gothic area of Gunnison County. As a young man, he married Sallie Bell Atwell whose family were some of first settlers around the Mesa-Collbran area in the Plateau Valley.

Mary began her life on October 7, 1927, in the old St. Mary's Hospital located on Colorado Avenue in Grand Junction. Her sister, and lifelong best friend, Joyce, was born there five years later. Their mother, Thelma, was born in Mesa, and their father, Dan Ring, was born in the Indian Territory before it became the State of Oklahoma. He and Thelma settled in Grand Junction in 1926. All were truly children of the Western Frontier, instilled with the virtues of honesty, hard work, and loyalty to their friends, neighbors and the community.

Mary grew up in a loving household, studying dance at Miss Jeanne Harper's Dance Studio and learning to play the piano. She graduated from Grand Junction High School on Chipeta Avenue in 1945, completed two years of education at Mesa Junior College in 1947, where she earned a scholarship to attend the University of Colorado. She graduated in the Class of 1949, with a Bachelor of Arts in Foreign Languages. Her professors recommended she move to San Francisco and work as a translator for a nascent organization called the United Nations. Such a move would have been out of character for Mary because of her self-effacing nature. She returned to her hometown to work as an office administrator until she met and married the love of her life, a young lawyer from Fruitvale, Miles Kara. They married on December 11, 1953. She considered herself just a cowgirl from Western Colorado even though she never wanted to ride horses or work outside. That was the reason she had two sons.

Mary dedicated her entire life to her husband and four children who she loved unconditionally. She was the ideal mom who always greeted her children with smiles upon their return from school, wanting to know about their daily adventures as if they were sharing the most important news of the day. Afterward, they were free to play and blow off steam until dinnertime when their dad returned from work to find a hot and healthy meal waiting for all to eat. She had a quiet demeanor unless you threatened or mistreated one of her loved ones, then her big ol' blue eyes would sparkle, her Irish temper would flare, and you were in for the fight of your life. Everything she did for her family was given with an abundance of love that was never really appreciated until everyone grew up and looked back on their idyllic childhoods where their parents never quarreled and they were encouraged to become independent thinkers taught to use reason rather than loud voices to resolve disagreements.

After Mary's family grew up and left home, she and Miles began to travel and enjoy life together until their eldest son was severely injured and required home care. All of Mary's hopes of traveling to Vienna so she could hear orchestras play classic music from her favorite composers vanished in a heartbeat. Instead of being resentful and unhappy, Miles and Mary lived their remaining years making their son feel like he lived among angels. They were both gifted with the spiritual and emotional strength that few possess.

In the end, we adapt a Scripture to summarize Mary's life, merely a cowgirl from Western Colorado: she fought the good fight, she finished the race, and she kept the faith. Now there is in store for her the crown of righteousness, which the Lord, the righteous Judge, will award to her on that day-and not only to her, but also to all who have longed for His appearing.

Mary was preceded in death by her parents, Dan and Thelma Ring; husband, Miles Kara, and granddaughter, Katie Kara.

The family would like to extend our heartfelt thanks to Sage Hughes and Valerie Williams for all of their help in caring for Mom over the years, as well as the nurses and staff at HopeWest for their kindness, professionalism and dedication to patient care.

Memorial contributions can be made to HopeWest Hospice, 3090B North 12th St., Grand Junction, CO 81506 or the American Society for the Prevention of Cruelty to Animals (ASPCA).

Published by The Daily Sentinel on Jul. 28, 2021.
To plant trees in memory, please visit the Sympathy Store.
MEMORIAL EVENTS
Aug
21
Funeral service
2:00p.m.
Martin Mortuary
550 North Ave, Grand Junction, CO
Funeral services provided by:
Martin Mortuary
MAKE A DONATION
MEMORIES & CONDOLENCES
2 Entries
So very sorry to hear of the loss of your Mom. Such a hard time to go through. I´ll be praying for you and your family.
Kim Huff (Swan)
July 29, 2021
So sorry to hear about your mom Nancy. May God bring you peace and comfort.
Stacy Wentzel
Other
July 28, 2021
Showing 1 - 2 of 2 results