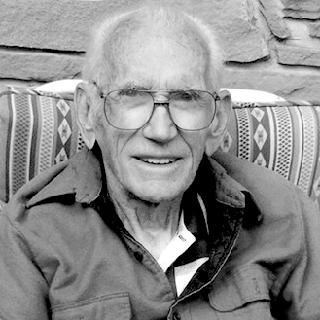 Michael McGuire "Mickey" Rice passed away February 19, 2021, after a valiant fight against cancer.

Mickey was born in Cameo, Colorado, on December 15, 1933, to Ruth and Elmer Rice. He is preceded in death by infant daughter, Kim Renee; brothers, Jon, Frank, and Jerry; nephew, Charlie; daughter-in-law, Mary Ellen, and great-grandson, Kaison.

Mickey graduated from Palisade High School in 1951, attended Mesa State College, then joined the USAF Cadet Program in 1953. He married the love of his life, June Coleman, on July 10, 1955. They spent the first two years of their married life stationed in Japan. Mickey was an accomplished pilot who was later promoted to Captain while serving in the Air National Guard until 1961.

Mickey worked at and managed Walker Electronics (Wintronics) for the next 37 years, and farmed with his dad and brothers. He also served on the East Orchard Mesa Fire department for over 30 years.

After managing the store, Mickey continued full time farming with his sons. He loved Jesus, his family, joking around, flying, electronics, and farming. Mickey was an amazing husband, father, uncle, grandpa, and friend.

He is survived by June, his wife of 65 years; sons, Doug, Rob, and Dave; daughter, Debbie; seven grandchildren, 11 great-grandchildren, and numerous beloved nieces and nephews.

A private service will be held on Friday, February 26. Many thanks to the team at HopeWest for their exceptional support and care. Donations can be made to HopeWest.