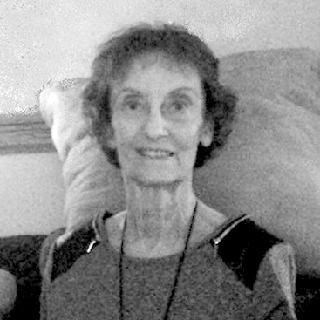 Millie was born on August 28, 1939, to Clarence Thurlow and Mildred Charlotte Lees in Bridgeport, Connecticut. She grew up in Schenectady, NY, and graduated from Woestina High School in Rotterdam Junction, NY. After graduation, Millie moved to Los Angeles, married Les Fehmi, and had two children, Laura and Jeff. She later married Jim Cheney, moved to Colorado, and had her daughter, Jackie.

Millie found her home in Colorado and threw herself into the community. She became a 4-H leader, joined the Fair Board, and enjoyed hiking, skiing, and dancing. Prior to her retirement, she worked as Food Safety and Sanitation Manager at City Market. She was very proud of her work, especially in recycling and food reclamation efforts. Millie's joy was being a mom and grandma; she was incredibly proud of all of her children and grandchildren.

A memorial service will be held Sunday, October 24, at 1:00 p.m. at Callahan-Edfast, 2515 Patterson Road in Grand Junction.

Published by The Daily Sentinel on Oct. 17, 2021.
To plant trees in memory, please visit the Sympathy Store.
MEMORIAL EVENTS
Oct
24
Memorial service
1:00p.m.
Callahan-Edfast Mortuary & Crematory - Grand Junction
2515 Patterson Rd., Grand Junction, CO
Funeral services provided by:
Callahan-Edfast Mortuary & Crematory - Grand Junction
MAKE A DONATION
MEMORIES & CONDOLENCES
1 Entry
My prayers and sympathy to Millie's children and grandchildren. She was a good friend to the Whitewater Sisters on Kannah Creek and shared her story of finding God and was an inspiration with her determination to do good to all. May she rest in the mystery of Love.
Sister Mary Glenn, OSB
October 17, 2021
Showing 1 - 1 of 1 results