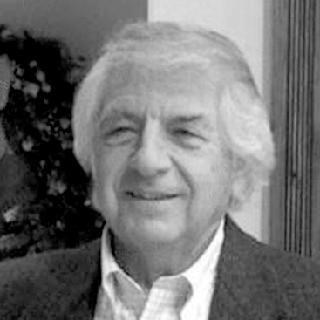 Ronald Gene Arellano, age 80, was called home to be with our Lord and Savior October 19, 2021, at Grand Junction Community Hospital. He was a proud Colorado native.

He was born on November 1, 1940, in Montrose, Colorado, to Joseph and Della Gallegos. He spent his childhood in Montrose and Grand Junction, graduating from Grand Junction High School in 1959. He went on to earn a Business and Marketing Degree at University of Utah in Salt Lake City. He was the Manager of United Company Concrete and Reddi-Mix, where he oversaw five plants and 70 employees, for 18 years; was a salesman for Grand Junction Pipe, and was owner of Universal Furniture and Appliances in Omaha, NE. Ron also served in the Colorado National Guard for three years, 1961-1964, as a Field Communications Operator and Teacher; he also earned the title of expert marksman. He was a proud member of the Western Colorado Engineering Foundation and the Knights of Columbus. He was a devote catholic and long-time member of St. Joseph's Catholic Church.

Ron married Paula Reese in 1962 and had three children and were married for 12 years. He then married Sandy Staley in May 1994, and they divorced ten years later. Ron met his current wife in 1994, Nancy Aldrich Arellano. They were together for 27 years, married on September 20, 2008, in Glade Park, CO. He spent most of his life in Grand Junction and Glade Park, making him a Grand Valley native.

Ron was a man of deep conviction, great integrity, strong character and deep faith. Whatever he endeavored to do, he gave it his all and more. He loved his time with family and close friends, it was always his first priority. He was an expert marksman, avid hunter, and fisherman; convertible sports cars were his passion. He loved being outdoors and hiking, especially the mountains and parts of Western Colorado. He would often spend time in his shop, building or fixing something and was a voracious reader of history and politics. He was blessed with many friends and he loved them all.

He is preceded in death by his parents, Joseph and Della, and his aunt, Beatrice Salazar, of New Mexico, who made it to age 107.