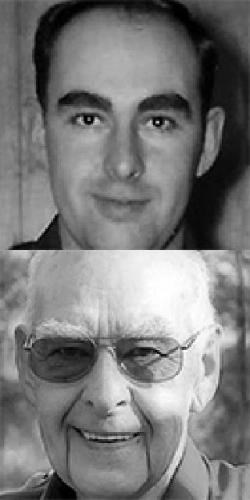 On October 11, 2021, Roy Darrell Loehr, the sweetest, kindest, man left this earth to join his wife. His joyful presence will be greatly missed by those who loved and knew him.

Roy was born in Montrose, Colorado, December 11, 1937, to Frank H. Loehr and Faye Thomas Loehr. He spent much of his childhood at the Homestead Family Ranch with his Aunt Esther and Uncle Clarence Wilkins. After graduating from Montrose High School in 1956, he attended Colorado, A & M, (CSU). He then went to work hauling uranium in Uravan, Colorado, where he met his soul mate, Audie Ruth Johnson, at the Soda Shop. They married June 21, 1959, and were inseparable until her death in December 2019.

Roy began driving for Rio Grande Motorway in 1963 and moved his family to Alamosa where he and Audie raised their four children on a small farm. In 1978, they moved back to the western slope, settling in Grand Junction with their family. After Rio Grande Motorway closed its doors, Roy drove for Ward Transport until his retirement in 2000.

Roy was a wonderful husband, father, and grandfather. He loved the Lord and was active in his church. He will be remembered for always lending a helping hand, providing words of encouragement, and always listening with an open heart.

In lieu of flowers and food, please send donations to HopeWest. A private family service will be held at a later date.

Published by The Daily Sentinel on Oct. 24, 2021.
To plant trees in memory, please visit the Sympathy Store.
MEMORIAL EVENTS
To offer your sympathy during this difficult time, you can now have memorial trees planted in a National Forest in memory of your loved one.
Funeral services provided by:
Callahan-Edfast Mortuary & Crematory - Grand Junction
MAKE A DONATION
MEMORIES & CONDOLENCES
0 Entries
Be the first to post a memory or condolences.