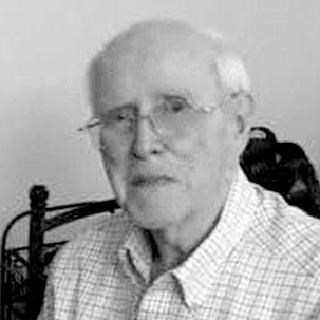 Russell Gilbert Dunham, age 90, went to be with his Lord, Jesus on April 20, 2021. He passed away quietly in his sleep of natural causes at Presbyterian Manor in Newton, KS.

Born November 12, 1930, in Brighton, Colorado, he was the son of Walter and Maude (Gilbert) Dunham. Russell graduated from Brighton High School in 1949 where he was the captain of the Basketball team and met the love of his life, Annabelle (Nordell).

Russell and Annabelle were married in 1950 in Fort Lupton, CO. Shortly following, the newlywed couple moved to San Diego, California, where Russell attended electricians' school. Russell served 1951-1955 in the U.S Navy as an Electricians Mate First Class and was stationed in Korea and China during the Korean War. He received the National Service Medal, China Service Medal, Korean Service Medal, Korean Presidential Unit Citation, and United Nations Service Medal. Upon returning to Colorado, he studied Business at the University of Northern Colorado. He and Annabelle settled in Grand Junction, CO, where he lived for 45 years. Russell retired after 28 years, in 1998, as the General Merchandise Buyer for City Market.

Russell dedicated his life serving the Lord alongside Annabelle and was a member of the New Horizon Foursquare Church in Grand Junction, CO. He served his church in many different capacities, particularly teaching bible studies with Annabelle. Russell provided a constant example of what it means to love the Lord with all your heart and soul. He enjoyed spending time with his family, woodworking, gardening, and reading.