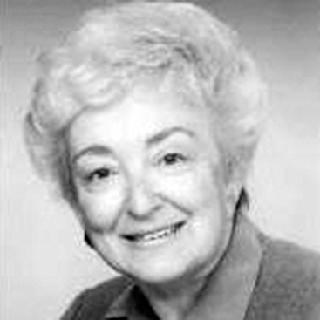 She was born in Steuben, New York on May 1, 1939, to the late Margaret McCaulla Kline and Fred F. Geer. Sandy spent her formative years in Urbana, Ohio, but also resided in Colorado and Arizona, until returning to Urbana yet again.

Sandy began her career in the legal field immediately after graduation from UHS in 1957. The legal field was only one of her many passions in life and early on she held various positions from Deputy Clerk of Court to paralegal and law firm administrator.

In 1958, she married Chuck Craig, also a UHS graduate ('55) and they spent the next 63 years building a family along with various businesses in Ohio, Colorado and Arizona. Sandy persevered in continuing her education as her children grew up. She achieved her BA (Regis University, Denver), MA (University of Phoenix, Denver) and ultimately her PhD in Management (California Coast University, Santa Ana) over the course of 16 years, all while juggling a family and a full time career.

From these vast experiences, Sandy was able to transition to teaching, speaking and curriculum design for others entering various college level legal studies. She also became a certified mediator in Ohio and was notably an adjunct faculty member in Ohio, Colorado and Arizona.

In the early nineties, Sandy and Chuck decided to combine their skills and interests and decided to become chocolatiers. They opened several Rocky Mountain Chocolate Factory/stores and also Buckeye Chocolates in Urbana.

In addition to these various businesses, Sandy turned her creative abilities to crafting. Her sense of color and creativity led to many shows with her Cardinal Creations.

Another love of Sandy's was of their many Cairn Terriers - most recently, Cassie.

In accordance with Sandy's wishes, cremation has taken place and no services will be held. Donations may be sent to the ASPCA or the Champaign County Historical Museum.

Arrangements in care of Walter & Lewis Funeral Home, Urbana, Ohio. Condolences may be expressed to her family by visiting www.walterfunerals.com.
Published by The Daily Sentinel on Oct. 27, 2021.
To plant trees in memory, please visit the Sympathy Store.
MEMORIAL EVENTS
To offer your sympathy during this difficult time, you can now have memorial trees planted in a National Forest in memory of your loved one.
Funeral services provided by:
Walter & Lewis Funeral Home
MAKE A DONATION
MEMORIES & CONDOLENCES
3 Entries
Sandy was such a wonderful person. Our deepest sympathy and love, also our thoughts and prayers are with all of you. May God bless everyone in this time of sorrow.
Kim Geer
Family
November 5, 2021
Terri and Ken, Our love and prayers are with you. Your Mom is at Peace in Gods hands. Janis & Tom
Janis & Tom
October 27, 2021
Sandy... so accomplished and inspiring. Your guidance through the years has been immense and I am forever grateful. Terri, Troy and family - my heartfelt sympathy and love. May your mother rest in eternal peace in God's loving arms.
Darenda Geer
Family
October 27, 2021
Showing 1 - 3 of 3 results