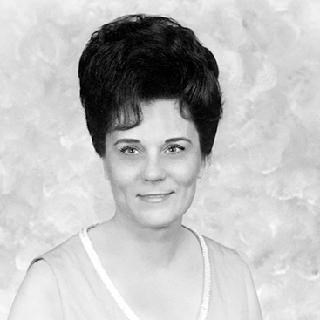 Sherry was born on November 3, 1937, in San Diego, California, from the union of Benjamin and Clara Ferraro. She spent her childhood in San Diego and graduated from Grossmont High School.

She married Lee Ward and they later divorced. She married Larry Rydel on April 18, 1973, in Yuma, Arizona; he survives.

Sherry worked as a retail clerk for JCPenney, and later as a hospital receptionist and file clerk. She was a member of the Church of Jesus Christ of Latter-day Saints. She enjoyed crosswords puzzles, reading romance novels, and playing Tetras style video games. Family and friends will always remember her love and loyalty to her children, and her family orientated devotion.

She was preceded in death by brothers, Jimmy and Benjamin Ferraro Jr.

To plant trees in memory, please visit our Sympathy Store.
Published by The Daily Sentinel on Apr. 30, 2021.
MEMORIAL EVENTS
May
1
Visitation
10:00a.m. - 12:00p.m.
Martin Mortuary
550 North Ave, Grand Junction, CO 81501
Funeral services provided by:
Martin Mortuary
MEMORIES & CONDOLENCES
1 Entry
My favorite aunt Sherry. You are missed already. I have so many excellent memories. Playing Mario Brothers late at night. Road trips to Colorado to pick up AJ, then to Norfolk. What fun we had. So many laughs. I love you Aunt Sherry
Monique Ferraro
Family
May 1, 2021