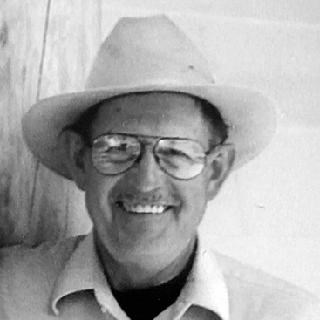 On September 5, 1969, he married his high school sweetheart, Carolyn Pavlisick. He decided to return to college at Mesa Jr. College in Grand Junction, and graduated with an Associate Degree in Plant Science.

He moved his family to Logan, Utah, where he attended Utah State University. During this time he worked at a small grocery store on campus until he graduated.

He graduated with a Master's Degree in Agriculture Economics, and was offered a job at a new high school in Layton, Utah, with the opportunity to set up the agriculture program. He really enjoyed teaching here, and got along well with his students. Along with teaching he was also in charge of the FFA program, Young Farmers Group, and the Rodeo Club.

But in his heart he always dreamed of returning to Colorado and owning a greenhouse. He got his chance when in 1972 a position at Mesa Jr. College opened. He applied for the job and got it, teaching Plant and Animal Science for four years.

While he was working a summer job at a greenhouse in Palisade he met a grower with the same dream of owning a greenhouse. They formed a partnership and bought a dilapidated greenhouse east of Palisade. They worked very hard to build it up to produce plants. After several years his partner sold his shares to Tom. Tom and his family worked hard to grow it into a large commercial greenhouse with a customer base all over Colorado and into neighboring states.

After 40 years, Tom's Parkinson's disease had progressed to where he couldn't work any longer. They sold the greenhouse and retired to Grand Junction.

During his years he always gave of himself where he was needed and had compassion in his heart for all people. He was a member of the Palisade Chamber of Commerce and served as President for several years. Each spring he donated the flower plants to the town for their planters on the streets. When HopeWest was landscaping their grounds, he donated the flower plants, trees, and shrubs, and worked with them when they needed more plants each spring. They were grateful to him and put his name on one of their garden benches. He was very proud of this.

He gave springtime jobs to many high school and college students.

In his spare time he liked shooting skeet and target practice, he played a lot of golf with a group of good friends for many years, he loved ballroom dancing and had a lot of fun with friends at the Elks and Moose Clubs. He loved being in the mountains on his ATV and each year he and Carolyn would travel to the mountains around western Colorado to see the wildflowers in the spring and the colors in the fall. He liked horse riding and did a lot of it in his younger years. And most of all he loved his children and grandchildren.