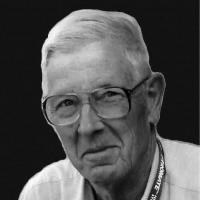 Dr. Thomas Edward Miller
November 28, 1931 - September 13, 2016
Dr. Thomas Edward Miller of Grand Junction passed away on Tuesday, September 13th, 2016. He was 84.
Thomas was born on November 28th, 1931, in Kirksville, Missouri. After spending his childhood in the mid-west, Thomas moved west to attend The School Of Mines. During his college career, he was called into active duty for the Navy, where he focused his efforts on the science of aerography. When Thomas returned to school he met the love of his life, Louise, and they were married in 1956. Together, they had three sons, Theodore, Timothy and Terence.
Thomas's life was filled with scientific passions. After pursuing mining engineering, he decided becoming a medical doctor would provide a steadier family life. With a solid engineering background, he then became a doctor, with a specialty in psychiatry. Thomas moved his young family to Grand Junction in 1966 to set up his medical practice as a Psychiatrist. While living in the valley, Thomas sat on numerous medical boards and was a passionate advocate for the creation of the local HMO program. Throughout his life, Thomas enjoyed many different scientific hobbies, but none held his attention as much as making pyrotechnics. After retiring from the medical profession, Thomas pursued his hobby within the pyrotechnics industry. In 2007 and 2008, he was awarded the Grand Master award from the Pyrotechnics Guild International.
Thomas is survived by his wife, Louise; sons, Timothy and Terry; seven grandchildren, and eight great-grandchildren.
A memorial service will be held at Brown's Cremation & Funeral Service on Friday September 23, 2016 at 2:00 p.m.
All are welcome.

Published by The Daily Sentinel on Sep. 20, 2016.
To plant trees in memory, please visit the Sympathy Store.
MEMORIAL EVENTS
To offer your sympathy during this difficult time, you can now have memorial trees planted in a National Forest in memory of your loved one.
MAKE A DONATION
MEMORIES & CONDOLENCES
7 Entries
Presently working on a permanent hobbyist fireworks manufacturing facility that will hopefully live in perpetuity that is inspired by my and others contact with his pyro life.
Bruce Beck
Friend
September 14, 2020
Louise and Family: Our sincere condolences with the loss of our good friend Tom. We have missed the both of you at pyrotechnic events. God Bless.

Respectfully,
Jim & Lynn Dunder
October 12, 2016
I was a new grad nurse when I met Dr. Miller at St. Mary's Psychiatric unit; 2 North. He set an example as a kind, compassionate, doctor who gave the patients his best. He often came to the unit late at night or early in the morning to check on someone he was concerned about. He always had time for our questions, would share trivia, maps, and other fun science "stuff" with the staff and always gave good guidance. His example and committment to service inspired me to become a Psychiatric Nurse. His patients and those of us who worked with him were blessed by his skill and caring and good humor.
Holly "Sonny" Shelton
September 23, 2016
I met Tom at the PGII Convention,August 1976, on the Grand Mesa outside of Grand Junction. He was selling chemicals out of the back of an old pickup truck. We were pyro friends from that time forward.

Great guy and always had a "colorful" story to tell. I will miss him - most of all at the WPA... that will not be the same without him. MG
Michael Gill
September 22, 2016
I remember first meeting Tom at the 1983 PGI Convention. Throughout the years after that I always looked forward to seeing 'Doc Miller' at a PGI or WPA convention. He was a gentleman, a talented pyrotechnist and a pleasure to have known!
Kurt Medlin
September 21, 2016
Louise, Tim and Terry,
I read the newspaper yesterday and was saddened
To read about Tom. You were all such a part of our
Family for a long time. I often thought of you and
Wondered where you were.
Terry did tell Andy you were back here, sorry I never ran into you.
So sorry for your loss.
June and John Clolosimo.
June Colosimo
September 21, 2016
So sorry to hear the news about Tom. Dorothy and I always looked forward to seeing you at the PGI convention. We'll miss him. Our thoughts are with you and your family.
Bruce Blom
September 20, 2016
Showing 1 - 7 of 7 results