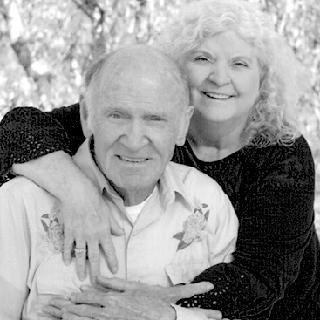 Tracey passed away after a long illness on December 22, 2019, at her home.

Tracey was born October 2, 1959, in Raleigh, North Carolina. She was the daughter of William Vinson and Thyra Coates Vinson. She attended Needham Broughton High School and N.C. State University, and retired from AT&T.

Ralph Richard Smith passed away after a short illness on October 4, 2021, at St. Mary's Hospital.

Ralph was born November 21, 1933, in Miami, Florida. He was the son of Cecil Smith and Bernice Sinclair Smith. He attended Miami Edison High and was a member of the National Guard.

Ralph was a multi-talented entertainer, singer, and musician, who was often billed as a "Fabulous One-Man Act" (Florida) and "The most accomplished one man act in the country" (Scottsdale). He teamed up with his talented brother, Clyde Jorgensen, and in 1965 moved to Grand Junction and became the popular duo "Ralph and Clyde".

Tracey was preceded in death by her parents. She is survived by her sister, Pamela (Clay) Schnell; two nephews; two nieces, and all of Ralph's children and grandchildren.

Private Memorial Service is planned.
Published by The Daily Sentinel on Oct. 24, 2021.
To plant trees in memory, please visit the Sympathy Store.
MEMORIAL EVENTS
To offer your sympathy during this difficult time, you can now have memorial trees planted in a National Forest in memory of your loved one.
MAKE A DONATION
MEMORIES & CONDOLENCES
0 Entries
Be the first to post a memory or condolences.