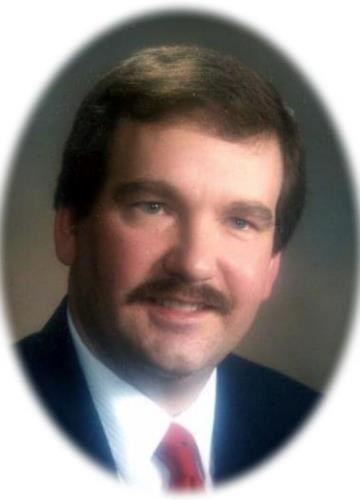 David was born in Gladwin, Michigan, on September 15, 1955, the son of Clarence David and E. Vauneece (Chatterton) Parker. He graduated from the Gladwin Rural Agricultural Schools in 1973. In 1978, he graduated from Michigan Technological University with a Bachelor of Science in Electrical Engineering. While working, he continued his education at Wayne State University, graduating in 1993 with a Master's Degree in Electronics and Computer Control Systems.

David worked as an engineer with Ford Motor Company, Magna International, TRW Automotive, and United Technologies. He was affiliated with the Society of Automotive Engineers and other professional organizations. David's work-related accomplishments include one European patent, along with four patents in the United States.

David loved intellectual challenges. A lifelong learner, he was currently enrolled in a class through Hillsdale College, which he was enjoying. He had an affinity for details and assumed everyone else should, too. He strove for perfection and took pride in a job well done. His home was his castle, and he took satisfaction in maintaining it, both inside and out.

Dave attempted to be a good cook, but a home-cooked meal prepared by others and the local fare was very much appreciated. He especially valued the people in his life, enjoyed helping them in any way he could, and diligently sought to generously honor them with special gifts and cards.

He is survived by his brother, Gary Parker of Metamora, MI; one sister, Janet and Roger Dennings of Elsie, MI; nieces and nephews, Tanya and Steve Blaine of Metamora, MI, Ryan and Monica Dennings of DeWitt, MI, Brent and Kara Dennings of Lowell, MI, Amy and Michael Sharp of Maple Grove, MN, and Kevin and Holly Dennings of McKinney, TX; great-nieces and nephews, Taylor, Jordan, and Jackson Blaine, Parker and Cooper Dennings, Aidan, Owen, and Ethan Dennings, Olivia and Logan Sharp, and Jackson and Gavin Dennings; as well as dear friends and neighbors.

He was preceded in death by his parents, Clarence and E. Vauneece Parker; and former sister-in-law, Karen Stanley.

Memorials may be made to Michigan Technological University, in the name of David A. Parker. Online condolences may be made at www.smithfamilyfuneralhomes.com. The family is being served by Smith Family Funeral Homes, Elsie Chapel.

"I have fought the good fight, I have finished the race, and I have kept the faith. Now there is in store for me the crown of righteousness, which the Lord, the righteous Judge, will award to me on that day and not only to me, but also to all who have longed for His appearing." (2 Timothy 4:7-8) David Parker Parker
Published by Gladwin County Record and Beaverton Clarion from Nov. 29 to Dec. 8, 2021.
To plant trees in memory, please visit the Sympathy Store.
MEMORIAL EVENTS
To offer your sympathy during this difficult time, you can now have memorial trees planted in a National Forest in memory of your loved one.
Funeral services provided by:
Smith Family Funeral Homes - Elsie
MAKE A DONATION
MEMORIES & CONDOLENCES
Sponsored by Smith Family Funeral Homes - Elsie.
0 Entries
Be the first to post a memory or condolences.