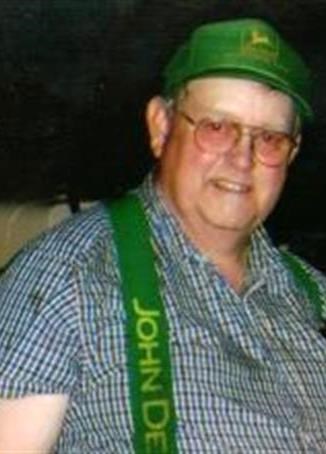 BORN
1943
DIED
March 25, 2021
FUNERAL HOME
Lee-Ramsay Funeral Home
107 Second Street
Pinconning, MI 48650
Raymond "Ray" Edward Stein, 77, of Gladwin, MI, passed away on Thursday, March 25, 2021 at MidMichigan Medical Center - Midland a little over a week after being hospitalized for a sudden illness. Ray was born on October 14, 1943 in Bay City, MI to the late Lester and Dorothy (Putman) Stein. His boyhood was spent going to school and helping his dad on the farm. He met the love of his life, Geraldine Ann Hutchinson, at a dance and one year later on June 29, 1963, they were married in Unionville, MI.

In May of 1964 their family was started in Standish, MI with the birth of their first son, Raymond Allen, followed by Roxann Lois, Ann Marie and Brian Edward. Ray worked as a full-time welder/supervisor at Magline, Inc. in Standish. He spent his evenings and weekends crop farming, mainly corn, and he kept his family busy with 4-H and other activities.

In 1981, Ray moved his family to Gladwin, MI and it was there that they would add their fifth child, Michael Scott on May 26, 1982 giving their youngest son Brian a baby brother for his 13th birthday! This completed their family of seven. Ray retired from Magline in the 1990s and he decided to start woodworking. They began selling his beautiful pieces at craft shows around the state and at the Parkview Flea Market in Harrison, MI. In 1995, R&G Woodworking was opened and then a few years later they expanded their business as R&G Lowmart in a larger building in Gladwin. Earlier this year, Ray and Gerry sold the store to one of their grandchildren to allow more time for camping, traveling and enjoying retirement together.

Ray was preceded in death by his parents, Lester and Dorothy Stein; his brother, Bud (Lester) Stein; and his son-in-law, Perry Paisley.