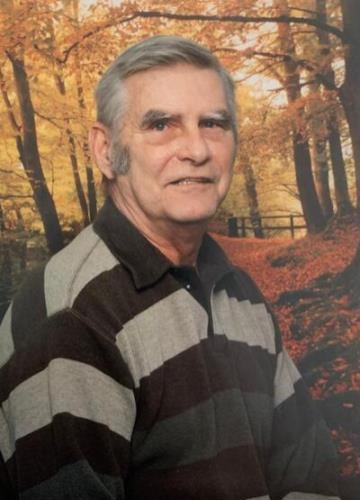 DIED
March 26, 2021
FUNERAL HOME
Hall-Kokotovich Funeral Home - Gladwin
440 EAST CEDAR AVE
Gladwin, MI 48624
Walter J. Sypniewski Jr., age 77, of Gladwin, formerly of Detroit, passed away Friday, March 26, 2021. He was the beloved husband of his wife of 55 years, Mary Ann (Polcyn); and father to three daughters, Janet (Steve) Garber of Davisburg, Lynn Marie Walker of West Branch, and Amy (Brian) Sauerhage of San Diego, CA. He was a proud papa to nine grandchildren, Hannah, Jackson, Allie, John, Ryann, Owen, Braden, Ethan, and Landen; as well as a great-grandpa to Parker, Brylee and Evelyn. He is also survived by his sisters, Barbara Lambert and Sally (Mike) Gryniewicz; along with several nieces and nephews. He was preceded in death by his parents, Walter Sr. and Margaret (Waskiewicz); and infant daughter, Karen Lynn.

Walter was a veteran of the United States Army, proudly serving his country from 1962 to 1965. He worked for the Detroit Police Department as a patrolman, investigator, and sergeant until 1991 when he retired after 25 years of service. After retirement, Walter and Mary Ann moved to Gladwin where Walter continued his service as a court bailiff and Gladwin City Police Officer.

Walter was an avid outdoorsman and loved to be out on his fishing boat or sitting in a deer blind. He would share the fruits of his labor with his unit, taking in vats of his venison stew for lunch. He was a handyman and often a mechanic, and was never afraid to learn a new skill. He had a love for sports and enjoyed watching the Detroit Tigers as well as his daughters' basketball games. He was competitive and didn't mind teaching "a lesson" on the backyard court. He will be remembered most for his sense of humor and how his dad jokes always made others laugh.