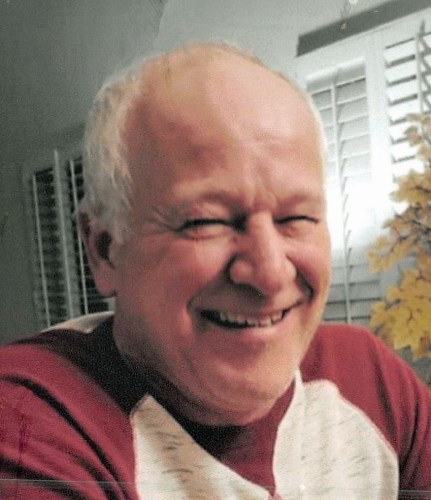 GARNER – Jim M. Huinker, 54, of Garner passed away peacefully at his home Monday, October 19, 2020 with his loving family by his side.

Funeral services will be held 5:00 P.M., Friday, October 23, 2020 at the Surf Ballroom, 460 N. Shore Dr., Clear Lake with Rev. Art Zewert, Chaplain at MercyOne Hospice of North Iowa, officiating. The service will be livestreamed on the Cataldo Funeral Home Facebook page. A private family inurnment will be held at St. Boniface Catholic Cemetery in Garner.

In lieu of flowers, memorials are suggested to MercyOne North Iowa Hospice in memory of Jim. Cataldo Funeral Home is in charge of arrangements.

James Michael Huinker, the son of Alvin and Dorothy (Young) Huinker, was born October 10, 1966 at Britt, Iowa. He graduated from Garner-Hayfield High School in 1985. Jim continued his education at Northwest Iowa Community College in Sheldon to be an auto mechanic. After graduating, he worked at a car dealership in Spirit Lake, Iowa for a short time before moving back to Garner. He then started working at Schukei Chrevrolet. On May 14, 1994, he married Conrae Heinen at St. Boniface Catholic Church in Garner. They lived in Nora Springs for a year before moving to Garner where they raised their three children. Jim was employed as a mechanic at Schukei Chevrolet in Mason City for over thirty years until his health required him to retire early. Jim enjoyed spending time with his family, boating, camping, playing music on the jukebox and just being around the ones he loved. He also enjoyed watching the Green Bay Packers and the Iowa State Cyclones play. He lived every day to the fullest despite his daily struggles with ALS. He will be missed by many and his laugh will be heard for years to come.

He was a member of St. Boniface Catholic Church in Garner.

He was preceded in death by his father, Alvin Huinker. CATALDO FUNERAL HOME 641-923-2841 www.cataldofuneralhome.com

To plant trees in memory, please visit our Sympathy Store.
Published by Globe Gazette from Oct. 21 to Oct. 22, 2020.
MEMORIAL EVENTS
Oct
23
Visitation
3:00p.m. - 5:00p.m.
Surf Ballroom
, Clear Lake, Iowa
Oct
23
Funeral service
5:00p.m.
Surf Ballroom
460 N. Shore Dr., Clear Lake, Iowa
Funeral services provided by:
Cataldo Funeral Home
GUEST BOOK
4 Entries
Jim was one of the nicest people I met and knew in Garner. This includes Conrae and the kids. Such a wonderful and kind family. Glad to say I knew Jim!
Tami DeVries
October 27, 2020
Was sorry to hear Jim lost his battle with ALS. Thanks to his wife for keeping everyone updated on caring bridge and to her loving care of Jim. Alvin Huinker's family has withstood so much medical tragedy. Rest in peace, Jim. I wish the family peace and comfort during this difficult time.
DOREEN Sue BLACKMER
October 23, 2020
Offering our deepest condolences during this difficult time.
Cataldo Funeral Home
October 22, 2020
Our condolences to the family. Rip.
Jean and jerry alspach
October 21, 2020