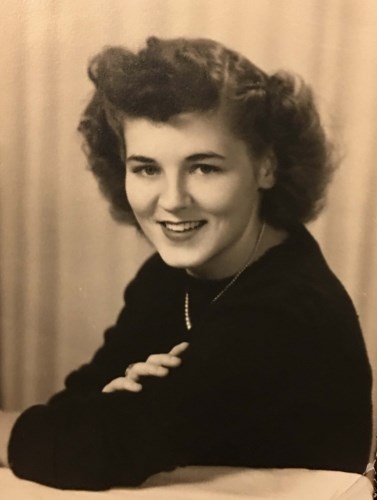 Bethel Ruth Enabnit, 92, passed away peacefully on Friday, October 16th, 2020 at her home in Swaledale, Iowa surrounded by her family.

She was born on a farm near the town of Thornton, Iowa on December 12th, 1927 to Alfred and Laura Ingebretson. She was the youngest of six children, spending her childhood on the farm and attending Thornton Public School, where she graduated in 1945. She attended Iowa State Teacher's College (UNI).

On November 7th, 1946, she married Orlyn Enabnit of Swaledale, Iowa. The couple were happily married for 68 years. They made their home in Swaledale where Orlyn worked in his parent's general store and Bethel taught kindergarten and 1st grade in Thornton and Swaledale for five years. She also worked as a secretary at the Swaledale Middle School for six years, a seasonal employee at D.O.T., and Postmaster at the United States Postal Service for thirty years.

Bethel and Orlyn loved to travel, visiting most of the 50 states, Canada, and Mexico on their annual family vacations. In retirement, Bethel and Orlyn enjoyed some fun and exciting adventures delivering Winnebago RV's across the United States. They also vacationed abroad to Australia, Ireland, and Europe.

Bethel will be remembered for her beautiful penmanship. She sent friends and family notes and cards for various occasions. Her hobbies included gardening, baking, and canning. Bethel and Orlyn fostered education and supported their children through their various educational degrees.

Bethel and Orlyn enjoyed spending winters in Arizona, where they became "snow birds" for 32 winters in Paradise Park, Sun City, Arizona. She participated in card club, jam sessions and water aerobics until the age of 91. She faithfully attended the United Methodist Church in Swaledale, Iowa and Christ Community Church in Paradise Park, Arizona.

Bethel enjoyed being with her family. She loved baking cookies, pies, and making special holiday memories. She was always busy in her garden, flower beds, or raking the yard.

A private graveside service will be held at Pleasant View Cemetery, Thornton, Iowa at a later date. Memorials may be sent to the United Methodist Church, 301 Main Street, Swaledale, Iowa 50477. 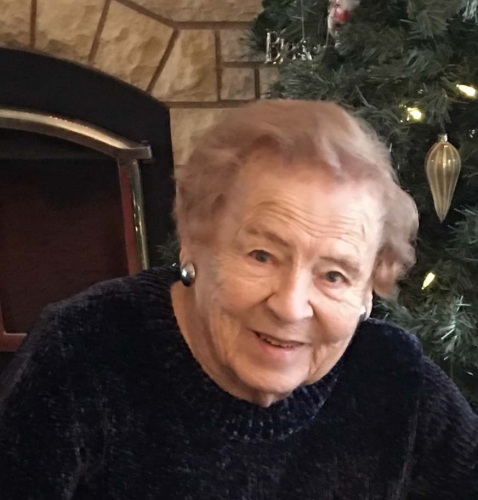 To plant trees in memory, please visit our Sympathy Store.
Published by Globe Gazette on Oct. 18, 2020.
MEMORIAL EVENTS
No memorial events are currently scheduled.
To offer your sympathy during this difficult time, you can now have memorial trees planted in a National Forest in memory of your loved one.
Funeral services provided by:
Major Erickson Funeral Home
GUEST BOOK
2 Entries
Bethel was a lovely lady and I babysat her chi;dren. She was mt sister Lois best friend. I know she will be missed.
Mary Ann Motter Jorgensen.
October 18, 2020
Bethel is a Rockwell-Swaldale school ICON. I have many great memories from then as well as in the Enabnit home. This foto is BEAUTIFUL! Love and prayers to Family and Frends!
Michele L Graves
October 18, 2020