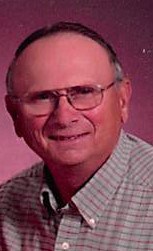 MASON CITY-Delton A. Dixon, 81, of Mason City, passed away on Saturday, October 9, 2021 at MercyOne Medical Center - North Iowa from complications of COVID-19. Due to the ongoing pandemic, private graveside services will be held in Pleasant View Cemetery - Thornton. Memorials may be directed to Wesley United Methodist Church. Online condolences may be left for the family at www.majorericksonfuneralhome.com

Delton Arthur Dixon was born, October 13, 1939, in Mason City, Iowa, the son of Arthur and Gladys Dixon. He graduated from Clear Lake High School in 1958. He was an avid supporter of FFA, as he was a proud participant in his school years. On November 12, 1960, he was united in marriage to LeAnn Torkelson in Forest City, Iowa. To this union three children were born: Sara, Jeffrey and Kari.

Delton's passion was farming. You would always find him in a combine in the fall; watching the augers run in his later years, and showing his grandchildren how to farm. In his free time, Delton enjoyed boating and fishing. Family memories include many vacations with friends and family throughout the United States. Later in his life, he and LeAnn learned to dance and spent their winters in Texas. Delton was a lifelong member of Wesley United Methodist Church in Mason City. He became known as the "Miracle Man" to his family after beating necrotizing pancreatitis in 2012.

Published by Globe Gazette on Oct. 12, 2021.
To plant trees in memory, please visit the Sympathy Store.
MEMORIAL EVENTS
To offer your sympathy during this difficult time, you can now have memorial trees planted in a National Forest in memory of your loved one.
Funeral services provided by:
Major Erickson Funeral Home
MAKE A DONATION
MEMORIES & CONDOLENCES
Sponsored by Major Erickson Funeral Home.
2 Entries
Sending my sincere sympathy & love to all of you. It's been wonderful knowing Delton and his whole family. He definitely was a great example for his offspring. Wishing you all God's peace and strength.
Lynda McMannes
Family
October 13, 2021
We were so very sad to hear about Del. We all had so much fun together over the years. He will be missed greatly by all his friends. Our sympathies to his entire family and especially LeAnn.
Marilyn and Chuck Strandberg
Friend
October 12, 2021
Showing 1 - 2 of 2 results