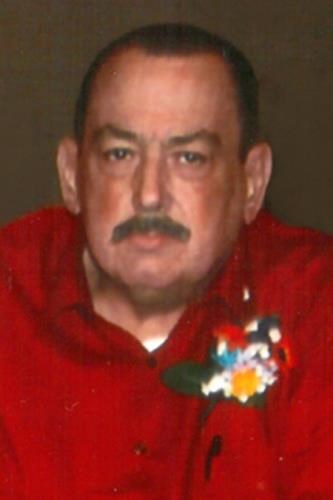 Douglas "Doug" Lumm, 62, of Mason City, got his wings on Wednesday, October 13, 2021 at MercyOne Medical Center in Des Moines.

Douglas Kent Lumm was born July 31, 1959 to Earl and Vera (Baldwin) Lumm. He graduated from Mason City High School in 1978. Some of his favorite pastimes were watching the NFL draft and baseball World Series. Doug especially liked watching and cheering for the Minnesota Vikings, Iowa Hawkeyes and Minnesota Twins. The history of Iowa was especially interesting to him.

Doug loved to read Western novels, some by his favorite author Ralph Compton, and has read hundreds over and over again throughout the years. Most recently, he enjoyed following family and friends on Facebook and seeing what treasures might be available on Facebook auctions.

The most important thing to Doug was FAMILY. Whenever at least one member of the family was around Doug would be right there with them. He would drop anything and everything to help any of them when in need.

On May 4, 2018 Doug married Sandy "Sissy" Schaefer and the couple made their home in Mason City with their four-legged babies.

Left to enjoy remembrances, laugh together and share in all Doug meant to them are his wife, Sandy Lumm; father, Earl Lumm; sister, Brenda Lumm; brother, (Rod (Diane) Lumm; along with several nieces, nephews, cousins, other family members and friends.

Doug was preceded in death by his mother, Vera; brother, Rick; and sister, Connie.

Hauser Weishaar Funeral Home, (641) 228-2323, 1205 South Main Street, Charles City, Iowa 50616 is in charge of local arrangements. Online condolences may be left on the Tribute Wall for the family at www.hauserfh.com.