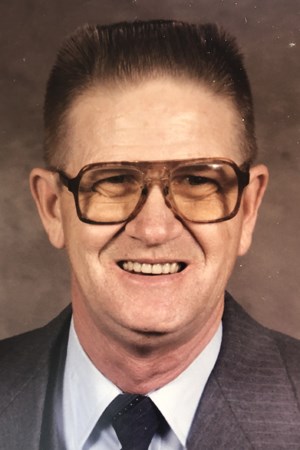 Funeral services for Howard Lee Green, 84, of Rogers, Arkansas, will be held Saturday, October 17, 2020 at 3:00 PM at Beard's Funeral Chapel with Rev. Valton Elms officiating. Visitation will be held at 1-3 PM at Beard's preceding the service. Howard will be laid to rest at Sunnyside Memorial Gardens in Charles City, Iowa.

Howard was born August 27, 1936 in Audubon County, Iowa to the late Claude C. and Edna (Nielson) Green and died in Innisfree Rehab and Nursing Center in Rogers, Arkansas. He grew up in Exira, Iowa and received his education from the public school in Exira. He completed his G.E.D. in Fayetteville, Arkansas.

He was employed and retired from the Physical and Custodial Plant at the University of Arkansas. He met and later married his wife Esther Mae Arends (Green) on December 30, 1984. Together they had their home in Springdale, Arkansas and were very active in their church Salem Lutheran. They later moved to northern Iowa to make their home in Marble Rock. After the passing of his beloved wife, Howard moved to Central Arkansas and then finally to Northwest Arkansas.

His faith was a very large part of his life. During his adult life he was an active church member, serving on boards and serving as an alternate speaker when called upon. He carried a strict regimen of daily Bible reading and many have been blessed by his Bible studies and prayer. He enjoyed playing cards and was a true Arkansas Razorback fan. He shared many memories of driving the busses for the sports' teams while employed at the U of A. He was an avid gardener, growing prize tomatoes. While living in Marble Rock, he was the chaplain at the local VFW.

Howard was preceded in death by his parents; his brothers, Robert Green and Kenneth Green and wife, Esther.