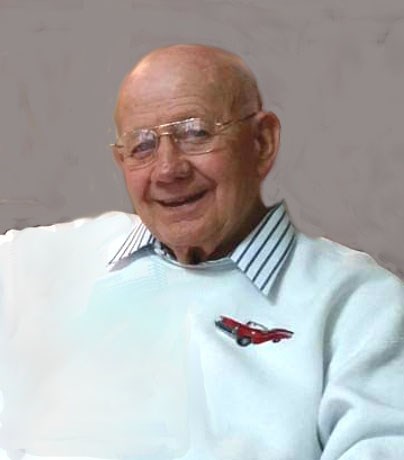 MASON CITY-J. Paul E. Artz, 86, of Mason City, passed on Wednesday, November 18, 2020, at Country Meadow place. A gathering of remembrance and celebration of his life will be held at a future date. Cards of condolences may be sent to Brad Olk 9031 NW 36th Ct Polk City, IA 50226. Memorial gifts may be directed to the American Parkinson Disease Association. Online condolences may be left for the family at www.majorericksonfuneralhome.com

J.Paul was born May 14th 1934 to Paul and Ida (Krause) Artz at Mason City, Iowa. He graduated from Nora Springs HS in 1952. Except for a stint in the army and a short time in California, J.Paul was in the automobile business his whole life.

J.Paul was inducted into the Army in December of 1955 and was Honorably Discharged in November of 1959 serving in Germany and earning a Good Conduct Medal.

He met the love of his life, Janice Olk, of Latimer, at the Surf Ballroom in Clear Lake. They were united in marriage in Albert Lea, MN on May 2nd, 1965, residing in Mason City except for the brief stay in California.

J.Paul had the distinction of being the youngest used car dealer in the state according to lifelong friends. In addition to trading cars privately as Artz Automotive he managed Central States Auto Auction and later was a partner in Jim's Automotive, both of Mason City. His collection of scale model cars, courtesy of Janice, dominated their residences.

J.Paul and Janice were known for sitting in their garage, welcoming neighbors as they came by for a visit and for taking care of the many classic and collectable cars he traded in.

J.Paul is survived by sisters in law Mardel Weber, Sheffield and Dixie Olk, Latimer along with numerous nieces and nephews and great nieces and nephews. He was preceded in death by his wife Janice, his parents Paul and Ida Artz, parents in law Connie and Esther Olk, his sisters Jaciel, Joyce Timm, and JoAnne Tankersley, brothers-in-law Dean Timm, Don Olk Butch Olk, Gordon Wordon and Clarence Johansen.

To plant trees in memory, please visit our Sympathy Store.
Published by Globe Gazette on Nov. 24, 2020.
MEMORIAL EVENTS
No memorial events are currently scheduled.
To offer your sympathy during this difficult time, you can now have memorial trees planted in a National Forest in memory of your loved one.
Funeral services provided by:
Major Erickson Funeral Home
GUEST BOOK
3 Entries
I really enjoyed visiting with JPaul while he lived at CMP. I Hope that his family and friends find peace in their many memories . RIP JPaul
Carol Kelly
November 30, 2020
My sympathies to all the family. I really enjoyed both JPaul and Janice when I worked at Country Meadows! He always asked me, how is your day going? Great man!
Lori Lawyer
November 24, 2020
Paul & PeeWee went way back from the auction days and they stayed in touch over the years. Sorry for your loss.
Jerry Durbin and "PeeWee" (Osage Auto Salvage)
November 24, 2020