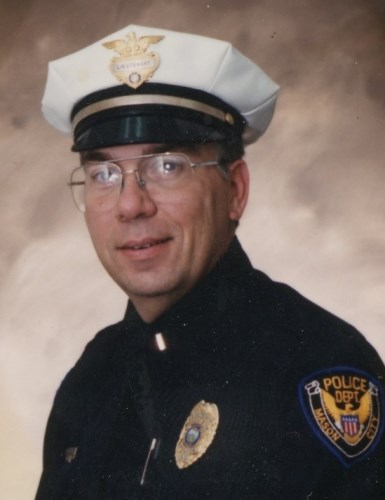 THORNTON-James Henry Vierkant, 73, of Thornton, died Saturday, October 17, 2020 at the MercyOne Hospice Inpatient Unit. A Celebration of Life will be held in the spring. Memorials maybe directed to Hospice of North Iowa.

James Henry Vierkant was born on March 17, 1947 at Hampton, Iowa, the son of Henry and Elizabeth (Koch) Vierkant. He was raised on the family farm, southeast of Meservey, Iowa. He attended Meservey school, until the age of 15, at which time his parents sold the farm and moved to Mason City, Iowa. Jim graduated from Mason City High School in 1965. He attended North Iowa Area Community College, obtaining a degree in general ed and later, a second, in law enforcement. During his college years, he worked at the Mason City Brick and Tile and also played bass guitar for a rock group sponsored by RC Cola, called "The Lively Ones", which he enjoyed immensely and spoke of often in later life. In December of 1966, he married Jae Leigh Shae. One son was born of this union. He began working for the Mason City Police Department in 1968, as a patrolman, driving car 2, the northeast portion of the city. In 1975, he met and married Connie Rae Hall, whom Jim always called "the love of my life." Jim retired from the police department in 1995, as night shift commander, having achieved the rank of Lieutenant. He had already suffered two episodes of renal cancer. In 2000, Jim and Connie moved to rural Thornton, Iowa and built their acreage. During their married life, they traveled frequently to Mexico, Canada, the United Kingdom and their favorite destination, Jamaica. They also traveled around the US, riding their Harley Davidson Softails together.

In 2019, Jim was diagnosed with metastatic cancer of the liver. He battled cancer courageously for a year and a half.

To plant trees in memory, please visit our Sympathy Store.
Published by Globe Gazette on Oct. 20, 2020.
MEMORIAL EVENTS
No memorial events are currently scheduled.
To offer your sympathy during this difficult time, you can now have memorial trees planted in a National Forest in memory of your loved one.
Funeral services provided by:
Major Erickson Funeral Home
GUEST BOOK
1 Entry
My deepest sympathy. My thoughts and prayers are with you and the family.
Brian Heinz
October 24, 2020