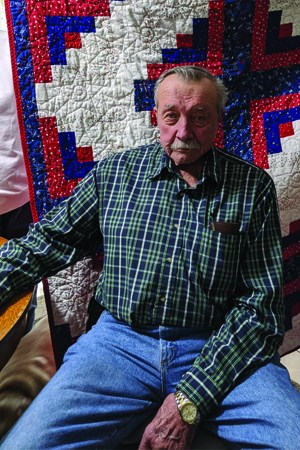 The son of Carl and Wava (Laudner) Uker, Jerry was born and raised in the Rockford area. Following his high school graduation Jerry joined the United States Army, faithfully serving his country from 1960 to 1963.

Once he returned from the military Jerry married Gail Kraupa, she would precede him in death. He was united in marriage to Ruth (Thomas) Uker on December 5, 1980 in Nora Springs and together they would be blessed with 40 years of marriage.

For many years Jerry worked as a tool and die maker, first for White Farm in Charles City and then in later years for IMI, located in Mason City. In his free time Jerry was an avid outdoorsman. He enjoyed all aspects of the outdoors especially hunting, fishing, golfing, and camping. Many memories were made with his group of hunting buddies during deer hunting season and playing cribbage.

He will be greatly missed by all.