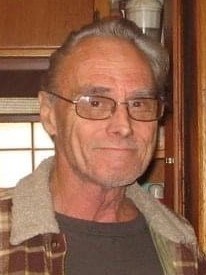 Larry was born December 30, 1944 in Mason City the youngest of six children born to Harvey and Bertha (Adney) Moore. Bertha later married Ted Albers who became a father figure for Larry. Although not officially adopted by Ted, Larry used Albers as his last name for many years.

He attended school in Mason City until his family moved to a farm south of Swaledale. He graduated from Rockwell – Swaledale in 1963. He entered the United States Air Force and was discharged in 1964. He returned to Iowa and worked many different jobs that involved mechanics. He Married and then moved to California. He managed a motor home company and enjoyed playing guitar at local clubs in the evenings. During this time he met Glen Campbell and Roy Rogers and Dale Evans. A special memory is going to Roy and Dale's home and spending time with them. He also enjoyed working on motorcycles and cars. His son John was born during this time and soon after they returned to Iowa.

Larry was divorced and move around the country for many years, eventually he remarried and had a daughter, Judy. They settled in Iowa and after the marriage ended Larry traveled and started a construction company, working mostly out of state. He moved back to Iowa when Ted Albers got sick to help with the farm. After Ted's death he stayed at the farm to care for his mother.

He eventually met Bev Holt Fischer. Life became good for him once again. They were married on June 7, 1996. Larry gained a stepson, Travis. They moved from town to the country in May 1997, Larry enjoyed working with tractors and cars. He had a business repainting trucks and tractors. Being on the farm he loved to garden and canning what he had grown. Two children were born to this union Chance and Lauren. Larry loved teaching them about gardening, horses, trains and so much more.

Larry was a huge John Wayne fan, naming his son Chance Wayne Moore. Lauren Frances was born in 1999 and was adored as his youngest. He tried to show the kids how to do so many things and enjoyed every minute of it.

Dementia started to take Larry's mind in 2010. He called it 'old age' and continued to live life as full as he could. He eventually got more forgetful and repeating himself as time went on. Being a stubborn man, he wouldn't go to the doctors unless his family coaxed him into it with much difficulty. In November 2017, Larry moved into the Rockwell Community Care Center. He received wonderful care and due to Covid his family could not visit except through his window. On October 15 his health took a turn and his family was allowed to visit in a compassion room, and was constantly attended to by his family in turns even though he could not communicate. He went to his heavenly home on Thursday, October 22 with his wife by his side.

He is preceded in death by his parents Harvey Moore and Bertha and Ted Albers; sister Marie and brother Bud, in-laws Dale and Fran Holt and his former wives.