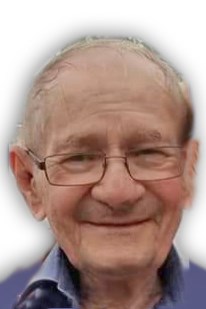 A gathering will be held at a later date.

Phillip was born on November 4, 1936, to Gisle and Kathryn (Johnson) Thune. Phil was born and raised in rural Winnebago County, Iowa and was baptized and confirmed at the Winnebago Lutheran Church.

Phil attended a one room country schoolhouse for 8 years and graduated from Forest City High in 1954. He enlisted in the U.S. Army in 1956 and was discharged from the Finance Corps in 1959. After the Army he graduated from Waldorf College in 1961 and also attended Drake University.

Phillip was self-employed most of his life with tax and accounting businesses in Des Moines, Cedar Rapids and Mason City, IA. He owned Proper Controls for over 20 years which provided bookkeeping services to small businesses in the North Iowa area. He truly enjoyed his work and many of his clients became good friends. Phil also served as a mediator for several years for the Dispute Resolution Center in Mason City, donated his expertise in auditing to his church, and served on the Manly City Council for 4 years.

Phil married Jean Braun on August 10, 1975 at the Emmanuel Lutheran Church in Grafton, IA. To this union, a daughter, Ginger (Laidlaw) was born.

Phillip was preceded in death by his wife of 33 years, Jean; brothers, David and Michael, as well as a twin brother, Thomas, in infancy; two nieces, Joan and Julie Thune; nephew Jim Thune; and his parents.

Published by Globe Gazette on Nov. 28, 2021.
To plant trees in memory, please visit the Sympathy Store.
MEMORIAL EVENTS
To offer your sympathy during this difficult time, you can now have memorial trees planted in a National Forest in memory of your loved one.
Funeral services provided by:
Bride Colonial Chapel
MAKE A DONATION
MEMORIES & CONDOLENCES
Sponsored by Bride Colonial Chapel.
0 Entries
Be the first to post a memory or condolences.