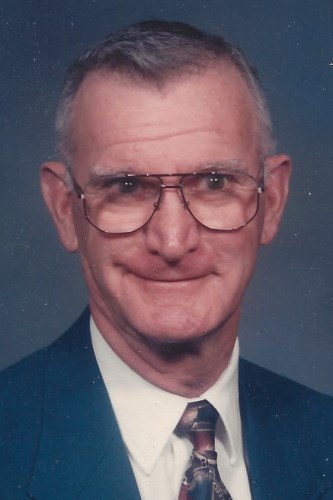 CLEAR LAKE - Robert "Bob" G. Humphrey, Sr., 97, of Clear Lake, IA, died, Wednesday, April 7, 2021, at the Good Shepherd Care Center, Mason City, IA. A Public Celebration of Life Service will be held Thursday, April 15, 2021, at 1:30 PM, at the Clear Lake Christian Church, 302 Highway 18 West, Clear Lake, IA. Pastor Drew Rietjens will be officiating. The family will greet friends at the church on Thursday from 12:30 PM until the time of the service. Full military honors will be provided by the Clear Lake Honor Guard. Burial will be in the Clear Lake Cemetery at a later date. The service will be live streamed d for those unable to attend in person on the Andrews Funeral Home Facebook page. Memorials may be given in Bob's name to the family, or the donor's choice.

Robert Gene Humphrey, the son of Paul James and Verna Lucille (Brown) Humphrey, was born May 27, 1923 at his parents' home in Fertile, IA, Bob grew up in the Fertile area where he attended and graduated from Fertile High School. He continued his education at Hamilton Business College in Mason City, where his focus was in the Bookkeeping/Accounting program.

Robert faithfully and proudly served his country in the United State Army during World War II, his tenure in the service commenced on February 21, 1943 and he was Honorably Discharged in October of 1945 as a Corporal. He served in the European Theatre, including battles in Normandy, Northern France, Ardennes, Central Europe, and Rhineland. He fulfilled the role of Surgical Tech for part of his duties. He was awarded various commendations including 5 Bronze Stars for each of the campaigns he was a part of, the Good Conduct Medal, and in later years of life received a Liberty Recognition Medal for being a Normandy Invasion Veteran June 6, 1944-1997. Bob had also taken one of the Honor Flight Trips to visit Washington, DC in the later years of his life.

Bob was united in marriage to the love of his life, Karen McEldoon, who he had met at a local bowling venue during leagues, on September 22, 1963 at the Zion Lutheran Church, Clear Lake, IA, by Pastor Richard Ellingson. The couples union was blessed with a daughter Kristine ""Kris" and son Robert "Bob" Jr.

Bob and Karen shared a mutual passion and love for bowling and had been active for much of their lives in this past time. Bob had received numerous awards and trophies for his bowling successes throughout his life. He also loved to play golf and the camaraderie and friendships that he was with friends on the links. Bob appreciated the simple things in life and enjoyed times spent with Karen, Kris and Bob, Jr., as well as other friends and relatives. The family had done some traveling and he and Karen had also taken a cruise to visit each of the Hawaiian Islands. He looked forward to times with granddaughter Tessa and her children Chloe and Benjamin. He was an avid Iowa Hawkeyes fan and had watched countless games cheering them on. Bob and Karen's life was impacted and left with a hollow void when their daughter Kris and granddaughter Brooke lost their life in an accident in 1992.

Bob was active in the Clear Lake Christian Church had served as Church Treasurer for 10-12 years and he and Karen were Greeters there for many years.

Bob was employed as a Bookkeeper/Accountant at Gibbs-Cook, Mason City, IA, from 1958-until he retired in 1985.

His memory will continue in the hearts and minds of his wife of 57 years Karen Humphrey, Clear Lake, IA; son Robert "Bob", Jr., Mason City, IA, a sister Cleo McKin, Mt. Pleasant, IA; granddaughter Tessa Bates and her children Chloe and Benjamin Gleason, Mason City, IA, numerous nieces and nephews and relatives on Karen's side. He was preceded in death by his parents, daughter Kris and granddaughter Brooke, his in laws, and three brothers: Leighton, Wayne and Earl. Andrews Funeral Home, Belmond, IA. www.andrewsfuneralhomeandfloral.com 641-444-4474

To plant trees in memory, please visit our Sympathy Store.
Published by Globe Gazette from Apr. 10 to Apr. 13, 2021.
MEMORIAL EVENTS
Apr
15
Visitation
12:30p.m. - 1:30p.m.
Clear Lake Christian Church
302 Highway 18 West, Clear Lake, Iowa
Apr
15
Celebration of Life
1:30p.m.
Clear Lake Christian Church -- The service will be live streamed d for those unable to attend in person on the Andrews Funeral Home Facebook page.
302 Highway 18 West, Clear Lake, Iowa
Funeral services provided by:
Andrews Funeral Home - Belmond
GUEST BOOK
Sponsored by Andrews Funeral Home - Belmond.
4 Entries
Bob will sure be missed. I remember Bob and Karen coming into the Fertile cafe to visit. Always so kind and caring. Sending prayers and thoughts to the family ❤
Rachael Lund
Family
April 15, 2021
I will always remember Uncle Bob for his soft spoken manner and letting his actions speak louder than his words. May he rest in eternal peace.
Ted Mckim
Family
April 15, 2021
Karen and family,
So very sorry for your loss. May God bless you in this time of sorrow.
Kelley Duregger-Stumme
Neighbor
April 14, 2021
Sorry For your loss, Our prayers are with the family.
Dawn Coyier-Brosdahl
April 11, 2021